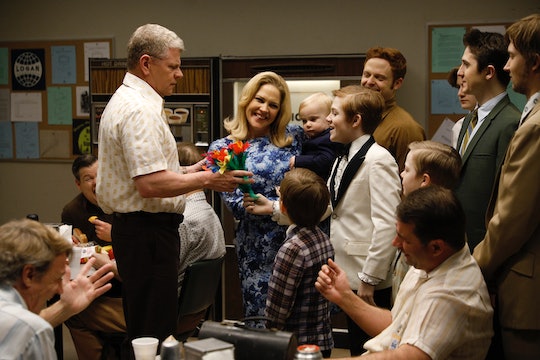 Networks recently announced their fall schedules and the newest shows with the least time to establish an audience are the most vulnerable to cancellation. So, sitcom fans are probably wondering — will there be a Season 2 of The Kids Are Alright? The show is reminiscent of ABC's mega-hit The Goldbergs, so it could've gone either way.

I'm sad to report that the kids are not all right — they will not be returning to ABC in the fall. The show is about the Cleary family, an Irish Catholic family with a lot of kids living in LA in the 1970s. Similar to the aforementioned The Goldbergs the series was inspired by creator Tim Doyle's childhood experiences. The show had its strongest ratings early in the season when The Conners served as its lead in, but dropped off after that.

Business Insider pointed out that another reason why The Kids Are Alright might have been cancelled is that both The Goldbergs and black-ish have inspired several spinoffs — Schooled, the upcoming comedy mixed-ish, and the Freeform dramedy grown-ish. It's hard to find your place between established franchises like that. The Kids Are Alright had a tough hill to climb.

Doyle was not shy about letting his feelings about his show's cancellation be known — at least that's how I took it. His post announcing the news on Twitter was pretty abrupt.

I feel that pain through my screen. The Kids Are Alright series finale airs Tuesday May 21 at 8:30 p.m. ET on ABC. Chances are good that if you watch that, you also watch black-ish so you probably already know not to leave your couch because the black-ish season finale airs immediately afterword at 9 p.m. ET.

Bless This Mess, a new comedy starring Dax Shepard and Lake Bell, will take the vacated 8:30 p.m. ET time slot when its Season 2 premieres this fall. Mixed-ish will follow at 9 p.m. followed by black-ish. At first I was surprised that black-ish wouldn't be on first, but mix-ish is a prequel about Rainbow Johnson's experiences growing up biracial in the 80s. It's a shame The Kids Are Alright is ending, but there will be no shortage of period comedies this fall.

Doyle seems most upset that his show was not given a chance to grow despite stronger ratings than Bless This Mess. "Sad numbers for Bless This Mess. One expects a show like ours to lose a bit of ground after getting dropped. We pretty much held our ground but did better not than one that just got a prime fall time-slot. They know they made a mistake," he tweeted.

Programming decisions are based on more than just ratings, however. At ABC's Upfronts presentation, ABC Entertainment president Karey Burke said that the network is trying to focus on female-centered programming in all genres. "Characters like Rainbow Johnson and big stars like Allison Tolman and Cobie Smulders will be able to not only cut through the clutter with these shows, but reclaim our dominance with women and from there the broadest possible audience," Business Insider reported Burke saying.

The Kids Are Alright actors are appealing to fans on Twitter to help change the fate of the show. Comedies like Brooklyn Nine-Nine have been saved thanks to similar social campaigns. Usually when a show is saved they have a few seasons under their belt. I know it's hard, but I feel like the shows team needs to channel Elsa, let it go, and move on to their next projects. I wish them all luck!