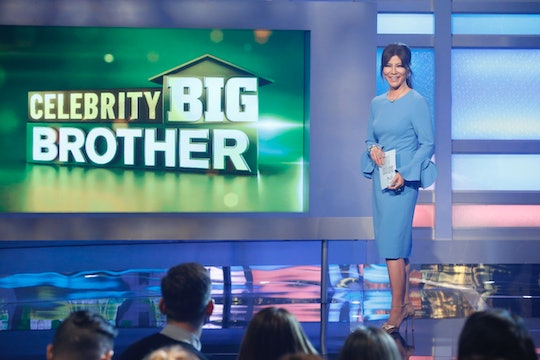 It’s almost time to say goodbye to another Celebrity Big Brother season of alliances, collusion, and in some cases, houseguests not knowing what is going on. It’s the kind of Big Brother content some fans live for. But before you start celebrating the winner or mourning your favorite houseguest getting the shaft, you might be wondering if there will be a Season 3 of Celebrity Big Brother. Right now, there hasn't been an announcement either way, but from where I stand, it’s looking pretty good. Fans seem to be just as excited about the celebrity edition of the show as they are about the standard three month long summer version. It’s also a lot easier to commit to just a few weeks of intense game play on TV, so you can't really *not* watch it if it’s on.

Last year, it took a while before Season 2 was confirmed, but now there seems to be a perfect spot in the winter lineup on CBS for a few weeks of Celebrity Big Brother to slide in each season. And despite a schedule that was all over the place, viewership remained in the four to five million range. For a show that airs for less than two months on network TV with competing programming all week, that’s really saying something. So if it’s a matter or ratings and fan reception, Celebrity Big Brother Season 3 is looking like a real possibility.

Shortly before the Celebrity Big Brother Season 1 finale, Julie Chen-Moonves spoke to Entertainment Weekly about making the series a yearly occurrence on CBS. At the time, she said that it was “definitely possible,” given the success that the first installment saw.

"With these ratings, it did what we hoped as opposed to running repeats of the current slate of shows," she said. "It all depends how well all the shows on the air are doing. But don’t forget, B.B. takes up a lot of real estate on the primetime schedule. We are used to having at least three nights to air in a week. CBS is known for having a strong schedule of shows year round so it’s hard to say right now what will happen next winter."

CBS was able to air the first season because of the Olympics schedule and this time around, they were clearly able to make it work again. So if it’s possible to fit in Season 3, chances are, CBS will make it happen.

Before Celebrity Big Brother even premiered, Chen-Moonves told the New York Post that the network had been trying to fit it in the schedule for years. She revealed that there was talk about it as far back as 2001, but it never quite fit in the primetime schedule. Now that they were able to fit in two full seasons of Celebrity Big Brother, however, it’s possible that Season 3 will arrive around the same time next year.

"It's been explored again as recently as a few years ago and the economics just didn’t make sense," she said at the time. "But we found a way and now here we are."

As of right now, nothing is definite, and there’s always the possibility that CBS’s winter schedule in 2020 won’t have enough wiggle room for the several episodes of Celebrity Big Brother a week that the show requires. It’s not like it needs just one evening a week. This season alone aired at least two times per week and on varying days. But given its success so far and the fact that fans seem eager to watch regardless of who is in the cast, Celebrity Big Brother has a chance of returning next year.