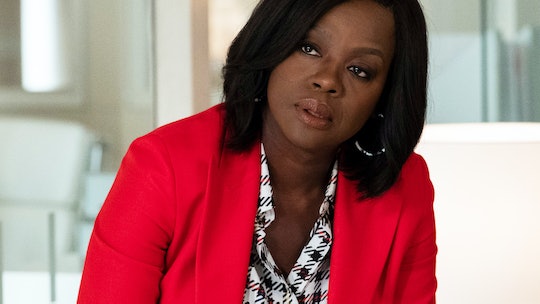 The Anticipation of 'HTGAWM' Season 6 Is Killing Me

The How to Get Away with Murder Season 5 finale is coming up fast, which means HTGAWM Season 6 will be up for renewal or cancellation with ABC soon — and fans are getting nervous. While the Shondaland drama has had quite the run over the past five years, with only two episodes left of the fifth season and so many questions left unanswered — like what the heck happened to Laurel’s mom — a series finale in 2019 would feel almost premature. So will fans be left with loose ends or will there be a Season 6 of HTGAWM?

It’s hard to remember a time when Shondaland shows weren’t the shining stars of ABC’s prime time lineup. The ratings for HTGAWM, Grey’s Anatomy, and Scandal were all phenomenal in ABC’s 2014-15 season. Since then, Scandal ran its final season in Apr. 2018 and Grey's Anatomy rose to the occasion, so far becoming ABC's top scripted show in the 2018-19 season. While it seems like its medical counterpart is in a safe spot for a potential renewal in the fall, the ratings for HTGAWM have been steadily falling. As of this write-up, the legal drama has dropped 27% in ratings since the 2017-18 season, which has fans questioning if HTGAWM will be cancelled before they get a chance to see the sixth season.

Thus far, HTGAWM Season 6 hasn't been confirmed for renewal or cancellation by ABC. But, if you're a fan who is anxious about a sudden end to the show lead by Viola Davis, don't be — at least not yet. Showrunner, creator, and executive producer Pete Nowalk confirmed Season 5 in a tweet on May 11, 2018, two months after the Season 4 finale on Mar. 15. Since the fifth season finale airs on Feb. 28, there's a safe bet that ABC won't decide on the fate of HTGAWM until late April or even later. Until then, fans will just have to be patient and wait.

However, there one thing that could potentially point to a sixth season renewal. Last February, Nowalk signed a three-year deal with ABC Studios, following Shonda Rhimes' departure to Netflix. Per Deadline, in addition to developing for broadcast, cable, and streaming formats, Nowalk's deal with ABC included his duties as the showrunner of HTGAWM.

“Pete is exactly the kind of creative, brilliant writer we are so proud to be in business with at ABC Studios," said Patrick Moran, President of ABC Studios. “Our long relationship with him has not only resulted in incredible success, but he’s built a body of work with us that is nothing short of extraordinary.”

Fans are dying to know if the end of HTGAWM is coming soon. And if it is, how will all of those loose ends be resolved? In an interview with The Hollywood Reporter, Nowalk discussed what he has planned for the final season.

"I have an idea for the last season, for sure," Nowalk revealed. "Obviously, it's hard, because you don't know when that last season's going to be. So I've been pretty honest about this since the beginning. When you write a pilot, I didn't know who killed Sam. So, am I the type of writer who knows how the show's going to end? No. And I think that's life."

Regardless of the future, Nowalk promised that he wouldn't leave fans with a cliffhanger in the series finale. "I don’t want to end on a mystery," Nowalk told THR. "I’d want there to be answers. I guess we’d have to make a movie or something. I’d do it on my iPhone if I had to."

So will fans ever see Season 6 of HTGAWM? While you might not have gotten the information you were looking for, there's still hope. But, no matter what ABC's decision is after the Season 5 finale, at least you can take comfort in Nowalk's dedication to the series.