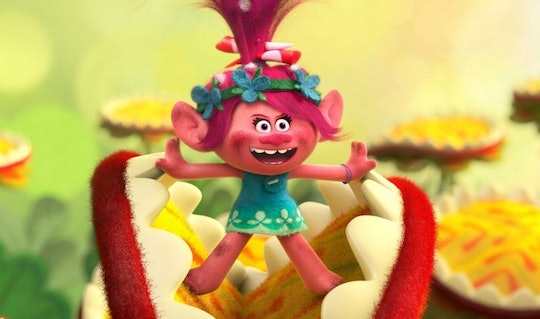 A 'Trolls' Sequel Is Definitely Happening, But There's A Catch

In a world of sequels, prequels, and three-part movie franchises, it’s no longer surprising and now almost expected that most successful kids movies get a continuation of some kind, even if fans have to wait several years for it to come to fruition. And with the Trolls holiday special having been a hit when it aired on NBC this fall, it no doubt has fans wondering, will there be a Trolls sequel to the original movie? I'm pleased to report that Princess Poppy's adventures are far from over.

Ever since the first Trolls movie hit theaters in November 2016, it became an instant hit. Fans couldn't help but fall in love with these adorable (and musically inclined creatures) who have fantastic hair. And now that the holiday special was such a success, with a soundtrack to go along with it, it’s only natural to wonder if we’re ever going to get an actual movie-sized sequel to continue to follow both the trolls and Bergens as they live in perfect harmony. (Please take a moment to fully appreciate that musical pun I just made. I'll wait.)

Thankfully, there will be a Trolls sequel, but the bad news is that it’s not going to be here for another couple of years, as difficult as that may be for some fans to handle. Personally, I’ll wait as long as DreamWorks requires in order to get the perfect Trolls sequel with all of the original characters and voices, but according to The Hollywood Reporter, Trolls 2 is set for release on April 10, 2020.

Like I said, we’re not getting it anytime soon, but it is happening, which is the most important thing. At the very least, fans can be grateful that Trolls 2 is going to be here four years after the movie that began the franchise, as opposed to The Incredibles 2, which will premiere in 2018 and which fans have been waiting for since the first movie was released back in 2004. So it could be worse.

As a whole, sequels to animated movies typically take longer to be released than, say, the average movie sequel that might come out as soon as the year following its predecessor. There are tons of factors that go into making a successful animated film. You have to have the script written, and possibly rewritten more than once, and then you have to have all of the required actors’ schedules line up perfectly to get them in the studio. You also have the technical side of everything too, which is getting more advanced and visually stimulating as the years go on. So in a way, it’s not very surprising that some animated films can take several years to produce from start to finish.

When you think of it that way, it almost seems too soon for Trolls 2 to premiere four years after the original film, but that’s probably enough time for some of the younger fans to stick with the obsession and for some even younger fans to get to know Poppy, Branch, Bridget, and King Gristle before it premieres in theaters.

And before 2020, you can still enjoy some of the Trolls shorts that the movie’s official Twitter page has periodically posted, as well as the new Trolls holiday special that could see airtime each year, since its premiere on NBC drew in some pretty stellar ratings and brought in an average of 5.19 million viewers. There’s no denying that the Trolls holiday special reignited some interest in Trolls as a whole, so just knowing that a sequel is on the way will probably put some concerns to rest.

We might be waiting until 2020, but the fact that we’re getting anything is exciting, especially with the original star-studded cast returning to lend their voices. And in the couple of years fans will be waiting for Trolls 2, there’s now a holiday special to tide you over, along with the original movie. And remember — it could be a lot worse than waiting a couple of more years until 2020.