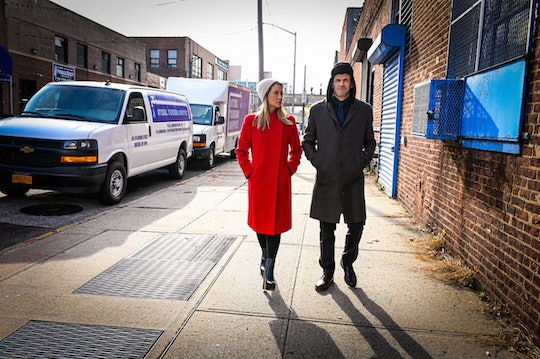 Things Are Wrapping Up On 'Elementary'

With the Season 7 finale airing on Aug. 15 at 10 p.m. ET, naturally I need to know if there will be another season of Elementary. Is there ever enough Holmes (Johnny Lee Miller) and Watson (Lucy Liu)? Sadly, CBS thinks so because the dynamic duo is about to tell the final chapter of their story.

The Season 7 finale of Elementary is called "Their Last Bow" — that's a pretty final statement. But I'm not just relying on my own detective skills. The show announced the final season and wrapped filming it simultaneously in December of 2018. So, the end of the show shouldn't come as a surprise to avid fans.

“A lot of parties came together and talked about their positions on the show — both in terms of business and in terms of creative — and we all decided that this was an opportune time to say goodbye to a show that has been very, very good to us,” CBS Entertainment President Kelly Kahl said to Deadline. It's sad for fans, but actually very good to learn that the whole team agreed to end the show at the same time they decided to film a seventh season. That means a lot of positive creative energy went it to making sure fans got a satisfying end.

Season 6 ended with Holmes and Watson moving back to the Baker Street address in London — because series creator Rob Doherty wasn't certain the show would return for Season 7 when he wrote it. But he told Deadline he always wanted Holmes and Watson to move back to New York.

Doherty feels great about the actual series finale, and he hopes fans of the original Sherlock Holmes and Elementary do too. "Even though I was nervous going into it and had a few sleepless nights as we started to search for another series finale, I feel really good about where we went," Doherty told ET in May. "I hope anyone who enjoyed the original series finale will enjoy this one just as much."

On the penultimate episode of the series, Sherlock faked his death in order to bring his archenemy, tech billionaire Odin Reichenbach, to justice. He seems perfectly content with his decision when he reunites with Watson three years later a sneak peek of the series finale on ET. "I kept quite busy after my death. Traveled, first to Florence, then to Tibet, spent a good deal of time in Norway. You might have read about the wonderful exploits of a Norwegian named Sigerson. I suppose it never occurred to you, you were receiving news of your friend."

I hope he drank hot chocolate in Florence — it's heavenly. But he may not have had time because as he tells Joan, "being dead hasn't kept me from being a detective." Additionally, Sherlock's former love, Jamie Moriarty might be up to no good so he still has work to do. Joan didn't secretly call him back for nothing.