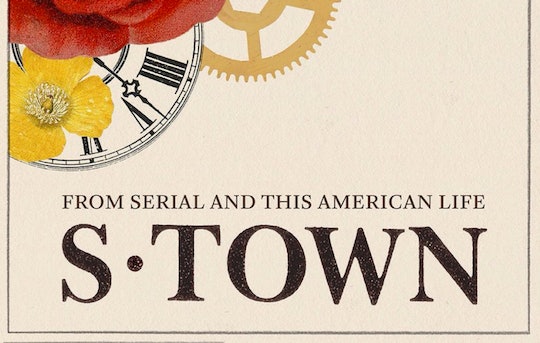 The story of S-Town all begins with the art of horology, or clock-making as we come to discover. Narrator Brian Reed draws listeners in to the latest podcast, created by the brains behind This American Life and Serial, by telling the story of John B., a deeply eccentric man living in a small town in Alabama. John B. McLemore isn't a fan of his hometown, especially because he believes a murder might have been committed. And so it begins. The entire first season of the new podcast became available on Tuesday, and already fans are hoping there will be a second season of S-Town.

While this new podcast might have been created by the superstars of the podcast world that brought fans the acclaimed series Serial (Julie Snyder and Sarah Koenig), S-Town is something different. For one thing, Serial, which followed convicted killer Adnan Syed's attempt to clear his name and prove his innocence, was released once a week rather than all at once. And Snyder pointed out to TIME that there was a method for the change in the way they released S-Town — the creators believed that the strength of the story in this case was not in creating narrative tension, but instead came from "the people in it, and being a part of their world."

McLemore contacted the producers back in 2014 by email, asking them if they could facilitate an investigation into a murder he believes happened in his hometown of "Sh*ttown, Alabama," which is where the name S-Town came from. As narrator Brian Reed told The Huffington Post:

I mean, quite honestly, it just became impossible for me to imagine it called anything else. We would always call it “Sh*ttown” to each other, as we were working on it, before it got to a point where we actually needed a name. And then we were like, “OK, wait, so this is going to be called ‘Sh*ttown,’ actually?!”

There is an entire cast of intriguing characters on S-Town to keep listeners engrossed, as if the story wasn't enough. I'm not going to be that girl who gives anything away, so let me just say a few things: a murder, the son of a rich man, treasure hunt for real gold. If that doesn't have you anxious to tune in, I don't know what will.

The creators of S-Town haven't said whether they are planning to release a second season of the series, and once you've listened to McLemore's story you might understand why. It's so unique and unexpected, it would be difficult to follow it up with anything even remotely similar. But who knows? The world is full of interesting characters, each of them living in their own personal Sh*ttown. So here's hoping.