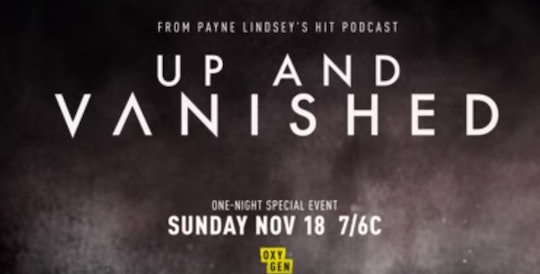 'Up & Vanished' Season 3 Remains A Mystery

There's a reason true crime is so popular, and it's not because fans struggle with morbid curiosity like my boyfriend keeps trying to tell me. Those of us who are interested in true crime are interested in understanding the way the human mind works, plus we want to see the unfinished stories resolved. Which was exactly the case for the popular podcast Up & Vanished. In the first season, the podcast led to potentially major breakthroughs, which was extraordinary, but there are still so many more cases out there. Fans are wondering if there will be an Up & Vanished Season 3, because the first two seasons were honestly so riveting.

Perhaps the most riveting part of Up & Vanished was the fact that the host, Payne Lindsay, was simply a true crime fan himself — a self-described "armchair detective" who was a fan of true crime shows like Serial and How To Make A Murderer before making the decision to look into unsolved crimes himself. He happened upon the 2005 unsolved disappearance of former beauty queen and history teacher Tara Grinstead from the small town of Ocilla, Georgia. Over the course of the first season of Up & Vanished, more than 240 million people listened to the gripping story of Grinstead's disappearance unfold... until two arrests were made in relation to the 12-year-old case in 2017.

Ryan Duke, a former student of Grinstead's, and Bo Dukes were both arrested by local authorities in 2017, a full 12 years after the disappearance and alleged murder of the 32-year-old teacher. It was a rare and satisfying end to a tragic story, and Lindsay explained to E! News that he understood why people were so compelled to pay attention to the case:

I think there's something about an unsolved case that intrigues everyone, this urge to solve the puzzle and reveal the truth. And this universal satisfaction when we catch the bad guy. We all want an answer, an explanation for the unexplained.

Now Lindsay has finished a second season of Up & Vanished, this time covering the perplexing disappearance of 29-year-old mom Kristal Anne Reisinger from a drum circle.

Reisinger's disappearance in 2016 is seriously off-the-radar and won't be solved by a simple Google search, as Lindsay told The Wrap:

You’re not gonna solve this case, really, through the internet. Unless someone who knows something posts something on the internet, like Reddit or the discussion board on UpAndVanished.com. It’s not gonna happen that way. This is so off the map.

Season 2 of Up & Vanished might not have solved the case, but Lindsay noted that there were some developments along the way that could end up being hugely important.

But what does that mean for a potential third season? For now, Lindsay is getting ready to launch another season of his other popular podcast in January, Atlanta Monsters, and has yet to share any plans for a third season of Up & Vanished, as per The Daily Dot. Which makes sense, when you think that he is still trying to find more information about the two previous cases instead of just simply moving on to the next. As he told The Daily Dot:

Just because this podcast season is over, doesn’t mean that I’m done with this case. We did our best to shake the trees, and it’s time to let the dust settle.

I don't know about you, but I think I would far prefer to see the disappearance of Kristal Anne Reisinger solved before moving on to the third season. I'm sure it will be worth the wait.