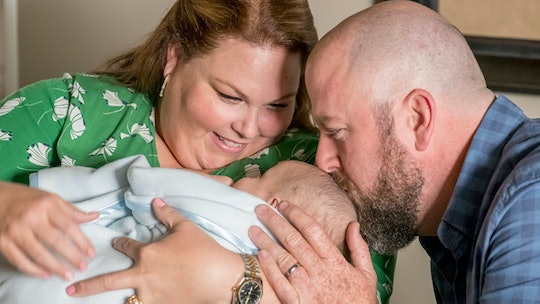 Pardon The Interruption, But Will 'This Is Us' Season 4 Be On Netflix?

Even if you think you know what's coming when This Is Us returns on Sept. 24, you don't. The hit drama has teased new beginnings for the Pearson family, and as said by Rebecca (Mandy Moore) in the Season 4 trailer, it's actually kind of terrifying. But for cable cutters, what's scarier than the fourth season premiere on NBC is figuring out where to watch the series, especially now that networks are creating streaming services of their own. So will This Is Us Season 4 be on Netflix? As always, the NBC drama will be released on Hulu a few hours after the premiere.

Sadly, if you only have a Netflix subscription, you won't be able to catch the fourth season of This Is Us anytime soon. The series has never been added to the streaming giant's queue and is actually exclusive to Hulu. Nonetheless, some fans have been worried about the show's longevity on the streaming platform ever since The Walk Disney Company took over Hulu following the Fox merger, Comcast deal, and new NBCUniversal streaming service. However, This Is Us Season 4 will be on Hulu starting on Sept. 25, as confirmed by Variety. So fans won't have to change up their weekly This Is Us routine — at least for the time being.

Regardless of where you watch This Is Us in the future, the fourth season will be unlike any other. The recently released trailer for Season 4 previewed a larger cast, including House alums Omar Epps and Jennifer Morrison. The promo also revealed guest stars like Asante Blackk, Marsha Stephanie Blake, and M. Night Shyamalan would be making appearances this season.

Meanwhile, creator Dan Fogelman explained what's on the horizon in the This Is Us Season 4 premiere, and it looks like some change is coming for the Pearsons. He told Entertainment Weekly:

Restarts for everybody. And midpoints. I think it’s going to be very ambitious and sprawling in terms of how it plays with time. Many of our characters are in the middle of their stories, and that’s a point where characters are opening up to new things and new things are starting. That becomes a very exciting period for almost all of the characters, and for some of them, maybe a very scary period in terms of how fraught their storylines are.

That being said, some fans might be disappointed to find out the fourth season will not be visiting the future teased in the flash-forward sequence in Season 3. Instead, Season 4 will build up what's to come.

"In order to start returning to that period, you first have to fill in some of the middle, and that’s what’s going to start happening in these next few years," Fogelman shared with EW. "They’re going to inform what you’ve already seen."

Although you may not be able to stream This Is Us Season 4 on Netflix, you will still be able to see the show on Hulu starting Sept. 25. Just try not to go in with any expectations, because the NBC drama promises more twists and tears than ever before. And honestly, I'm so here for it.