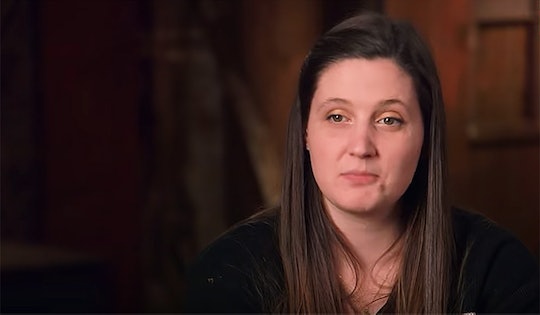 Tori Roloff Opened Up About Whether Baby No. 2 Will Have Dwarfism

Little People, Big World star Tori Roloff announced Monday that she's expecting her second baby with her husband, Zach Roloff. Fans had a lot of questions for the mom after the announcement, including whether Tori Roloff's new baby will have dwarfism. As it turns out, there's a 50/50 chance that the couple's second child will have the same condition as his dad, Zach.

Tori surprised fans with an adorable pregnancy announcement on Monday, sharing a series of family photographs to Instagram. And in the opening shot, the Oregon resident and Zach stand in front of their 2-year-old son, Jackson, who is seen holding a pink and blue balloon.

"Zachary and I are so excited to announce that Jackson is going to be a big brother!" she captioned the post. "We are expecting a sweet baby girl this November!"

Although Tori revealed the baby's sex in the post, she didn't happen to mention (understandably, I might add) whether the baby will have dwarfism — aka achondroplasia — like Zach and Jackson. But the mom addressed the question on Tuesday, telling an inquisitive fan that there's a 50/50 chance whether the new baby will have the condition, according to In Touch Weekly.

As for two parents without the gene? That stat is slim to none, coming in at 0.004 percent, according to Dwarf Parents.

In terms of Zach's family history, his parents, Matt and Amy Roloff, are both little people. They have three average-sized children and one child with dwarfism, Zach.

Although Tori didn't grow up with any background knowledge about dwarfism, she has learned a lot along the way.

"There was obviously some fear, but I have the best resources at the palm of my hand and I was fortunate enough to have some background knowledge," she said about Jackson's condition, according to The Inquisitr. "I can only imagine the fear of a parent who has no experience with dwarfism but I can only hope we can provide some sort of reassurance to them."

Zach has an equally pragmatic approach, stating, according to People: “You have to encourage a dwarf child a little more because it will take them five steps to do what others can do in two. But I knew, dwarf or not, I was going to parent my child with the mentality that not everyone gets a trophy. You have to earn it.”

Yep, it sounds like Zach and Tori have this whole parenting thing on lock.

It remains to be seen whether Tori and Zach's second baby will have dwarfism, but it's obvious that they'll handle whatever comes their way with love and incredible parenting. Congrats again to the happy family.