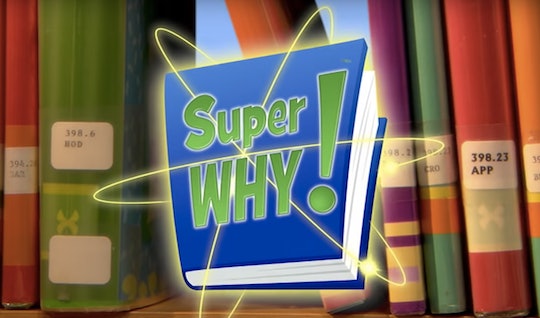 Could 'Super Why' Be Cut Under Trump's Budget?

White House Chief Budget Director Mick Mulvaney unleashed the 2018 proposed budget on the public this Thursday, and it spelled bad news for dozens of programs that are considered "discretionary." The Corporation for Public Broadcasting is one such discretionary program; The proposed budget would effectively cut all federal funding for public broadcasting in favor of defense and Homeland Security spending. If the proposed budget is passed by Congress, this could spell trouble for several beloved children's shows on PBS. One such show, Super Why!, could be taken off the air by Trump and his "America First" budget proposal — that's making many say Super No! to the possibility.

Super Why! tells the story of Whyatt and all of his friends in Storybook Village. Some of Whyatt's friends are super familiar (Red Riding Hood, Princess Pea) while Pig and Puppy are less familiar, but still just as lovable. The four characters all hang out at their Book Club waiting to solve "Super Big Problems." Once a super big problem presents itself on his "Super Duper Computer", Whyatt assembles his team of "Super Readers" to solve said problem. Spoiler alert; the Super Readers always save the day. Super Why! takes Super You (the viewer) on a reading adventure that cleverly encourages kids to use the alphabet, vocabulary skills, and try their hand at problem solving, all while falling in love with books.

Trump's proposed budget would endanger shows like Super Why! by eliminating essential federal funding. As Patricia Harrison, president and CEO of the Corporation for Public Broadcasting (CPB), said in a statement released after the budget was released:

Public media is one of America’s best investments. At approximately $1.35 per citizen per year, it pays huge dividends to every American. From expanding opportunity, beginning with proven children’s educational content to providing essential news and information as well as ensuring public safety and homeland security through emergency alerts, this vital investment strengthens our communities. It is especially critical for those living in small towns and in rural and underserved areas.

Mulvaney, however, defended the decision to slash after-school and educational programs, aid to low-income students, and eliminate federal funds for public broadcasting, according to Politico, by stating,

A lot of those programs that we target, they sound great, don't they? They always do. We don't put a bad name on a program. Programs are always wonderful. It’s always small business or whatever. They don't work. A lot of them simply don't work. I can't justify them to the folks who are paying the taxes. I can't go to the autoworker in Ohio and say ‘please give me some of your money so that I can do this program over here, someplace else, that really isn't helping anybody. I can ask them to help pay for defense. But I can’t do it anymore. I can’t go to them and say ‘I need your money to go help this program.

Mulvaney and, by extension, President Trump have made it clear that the White House does not value arts programming, which is a Super Big Problem. Hopefully Whyatt and his Super Friends will still be around to solve this one for us.