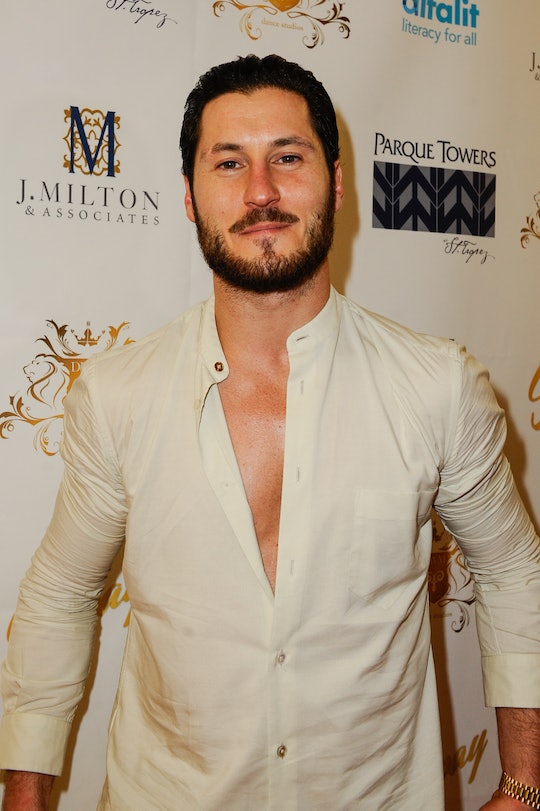 With the much more scaled down and shorter season of Dancing With the Stars well on its way, it's hard not to wonder where some of the pros are and if those who are missing, like Val Chmerkovskiy, will be back next season. Understandably, with a four episode Season 26, not all of the usual pro dancers could participate, but will Val Chmerkovskiy return to Dancing With the Stars? He has some strong ties to the show, both in the form of his own years of experience there and in regards to his girlfriend, Jenna Johnson, who joined the lineup of pro dancers on the show during Season 23. Chmerkovskiy even showed up on premiere night and was seated in the front row of the audience to cheer on Johnson, so he was still there, even if it wasn't as a dancer. However, dancing is still very much a part of his life.

Right now, Chmerkovskiy is still in the middle of a nationwide dance show tour with his brother, Maks Chmerkovskiy, and sister-in-law Peta Murgatroyd, who are also both pros on DWTS. Although the tour has obviously taken most of his time, and too much of it to be able to agree to participate on DWTS Season 26, Chmerkovskiy still hasn't outright said that he won’t be back. That being the case, it’s entirely possible that he’ll return for Season 27, especially as it will probably be in the format of most of the previous seasons.

On the flip side, Chmerkovskiy also hasn’t announced that he’ll definitely be returning next season, but I refuse to believe that he’s done with the show just yet. On the night of the Season 26 premiere, he took to Instagram to post about his experience with the show and how attached he’s become to everyone involved in it. "This is one of my favorite pictures I’ve ever taken on @dancingabc .. because it perfectly showcases how big the village, how epic the effort, and how beautifully diverse the dancing with the stars family really is," he wrote under a photo of himself with the cast and crew behind the show.

He went on to mention how Season 26 will be the first one he decided to sit out on since joining the show almost eight years ago. He also added, "I’m proud of this show and every single person that makes it so, whether I am part of it or not." Since that doesn't outright say that his time with DWTS has ended, I’m inclined to believe that Chmerkovskiy will be back.

In addition to Season 26 being different with a smaller number of episodes and less contestants, some of the most loved pro dancers are also missing, which just adds to the different air about the season overall. The shining light at the end of the tunnel for the pros who are competing, however, is the fact that without Chmerkovskiy there, they each have a bigger shot at winning the Mirror Ball trophy. (Spoiler alert: he’s actually won two himself).

"It's due," NFL cornerback Josh Norman told Entertainment Tonight of pro partner Sharna Burgess winning a trophy this season. "Her time is due. People, her time is due! Go out and vote for us!"

Although Chmerkovskiy is still out on tour right now and seems to be having fun performing on his own terms and without competition involved, he also hasn't announced that this is the end of him and DWTS, so I wouldn’t mourn his departure just yet.