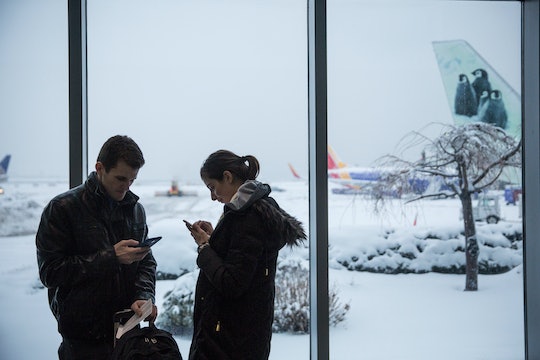 Will Zika Affect Winter Vacation Plans? It Depends Where You Go

Fall and winter are just around the corner and for many parts of the United States that means the end of mosquito season, which is relief since the Zika virus thrives in warm and humid weather. And around the same time the leaves change colors and snow blankets the ground, many begin planning their holiday travel. But, because Zika — the mosquito-transmitted virus that’s been linked to devastating birth defects, such as microcephaly, or abnormally small heads — has been especially concerning for pregnant travelers, many might asking the question: Will Zika affect my winter vacation plans?

More Like This
The FDA Has Authorized The Pfizer Vaccine For Kids As Young As 12
Survey: Just 30% Of Parents Would Get Their Kids Vaccinated Against COVID-19 Right Away
Your Guide To Swimming Postpartum
Can Ovulation Make You Anxious? Experts Explain

In the immediate future, it will likely depend on where you’re traveling. If you’re headed for snowy and cold climates coupled with plenty of hot cocoa, then you’re in the clear. This is because mosquitoes that carry Zika can’t breed during winter in many parts of the United States. However, if you’re headed for a warm and tropical island, there may be reason for concern because Zika mosquitoes are creatures of the desirable climates you’ll find there.

But, if a beachside break was your number one option and the contracting Zika virus is a main deterrent from booking your travel, keep in mind that there are still many good, warm-climate destinations in the United States that have not experienced an outbreak.

Shown in the map below, Florida is the only state in the continental United States, to date, that has a record of reported locally-transmitted cases:

And fortunately, as long as you research your desired vacation Zika-free location thoroughly, that’s likely not going to change. Health officials believe that the two main mosquitoes species that carry Zika — Aedes aegypti and Aedes albopictus — generally don't travel very far and say it’s unlikely that Zika will spread to other locations in the United States that don’t have any trace of virus yet, despite the fact that a small number of people in Florida have caught the Zika virus from mosquitoes.

According to health and science website Live Science, mosquito breeding seasons vary by state and often depend on weather conditions. Further, a 2016 study published in PLOS Currents Outbreaks found that most of the United States doesn't have favorable weather during the winter months for Zika mosquitoes, with the exception of the warmer weather found in southern Florida and southern Texas.

To err on the side of caution, you may want to turn in your bikini and sunscreen for snow pants and lip balm if you're pregnant or trying to become pregnant because the Zika virus is a very understandable concern.