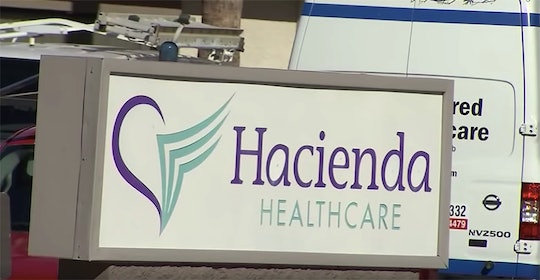 Authorities in Phoenix, Arizona are investigating after a woman in a coma for 14 years gave birth to a healthy baby boy on Dec. 29, 2018 at Hacienda HealthCare facility, local CBS News affiliate Arizona's Family reported. At this time, police suspect sexual assault was committed against the female patient.

Although details about the patient aren't yet public — like her age and name — Arizona's Family did confirm she suffered a near-drowning incident more than a decade ago that left her in a vegetative state. The woman was then placed in a nursing facility where she received around-the-clock care.

At some point last spring or summer, authorities suspect the patient was sexually assaulted and she became pregnant. Staffers supposedly weren't aware that the woman was pregnant; as The Hill reported, one anonymous employee told Arizona's Family: “None of the staff were aware that she was pregnant until she was pretty much giving birth. From what I’ve been told she was moaning. And they didn’t know what was wrong with her.”

When asked whether the victim was in the position to defend herself, the staffer responded, according to The Cut: "None whatsoever. Not even able to communicate the fact that she was pregnant."

Although it's unclear whether the patient has a family to advocate for her during this time, Arizona's Family noted that two non-profit organizations have volunteered to help if necessary.

As for the baby, the child is reportedly healthy, reported KRDO.

Hacienda HealthCare did not immediately respond to Romper’s request for comment.

After news of this troubling story broke, Hacienda HealthCare released the following statement to Arizona's Family:

Hacienda HealthCare has been in business in Arizona for more than 50 years. In that time, we have reliably and safely served thousands of residents and their families. We are proud of our record and our position as an industry leader in caring for the intellectually and developmentally disabled.

With that said, we have recently become aware of a deeply disturbing incident involving the health and safety of a Hacienda resident. While federal and state privacy laws prohibit us from publicly discussing a patient’s health or case, Hacienda has and will continue to cooperate fully with law enforcement and all the relevant regulatory agencies regarding this matter.

As an organization, Hacienda HealthCare stands fully committed to getting to the truth of what, for us, represents an unprecedented matter. We are already conducting a comprehensive internal review of our processes, protocols, and people to ensure that every single Hacienda resident is as safe and well cared for as possible. Anything less than that is unacceptable to our team, our company’s leaders and the communities we serve.

An anonymous staffer also told an Arizona's Family reporter that the facility has changed some of its protocols following the incident.

“I was told that as of now, if a male staff needs to enter a female room, they need to bring in a female employee with them,” the employee said, according to The Denver Channel.

It goes without saying that this situation raises many troubling questions regarding the woman's care leading up to delivery. From concerns about how she conceived in the first place to staffers claiming that no one knew she was pregnant, authorities have a lot to look into in this case.