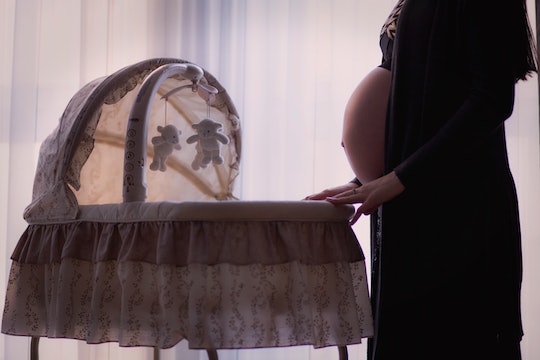 Eryon Luke's Lawsuit Is One All Women Should Know

In case you didn't already know this, it's becoming very evident that if you want to protect your civil rights, you're going to have to fight for it. Hard. Like this pregnant woman who sued her employer for firing her while she was pregnant with twins.

Louisiana resident Eryon Luke was fired from her certified nursing assistant position at a rehab facility in 2012 when she told her boss that her doctor had said she could keep working while pregnant, but couldn't lift more than 30 pounds, according to Liz Morris, an adjunct law professor and the University of California and the deputy director of the Center for WorkLife Law, which submitted an amicus brief on her behalf. Instead of finding ways to work around the pregnancy (like letting her trade heavy lifting duties with her co-workers or being transferred to another position, which she suggested), her employer reportedly wouldn't even discuss changes with her. In the end, Luke reportedly had to choose between a safe third trimester and paycheck.

According to Morris, two days after Luke informed her boss about the doctor's orders, she was inexplicably sent home from work. She tried to convince the rehab facility that she could work, but they couldn't be persuaded, and fired her a little less than a month before she was due. Luckily, Luke didn't just take it on the chin. With two new babies in tow, she filed suit.

Luke initially claimed that her employer was in violation of Title VII of the Civil Rights Act, which included the Pregnancy Discrimination amendment of 1978. Essentially, she argued that she was discriminated against because of her gender. The first judge was sympathetic to Luke's situation. "No pregnant woman should, in 2016, be fired for being unable to lift more than 30 pounds," he said in his ruling.

Despite this, as often happens with the law, the judge had to admit that technically, the Pregnancy Discrimination Act doesn't actually say that an employer has to make accommodations for a pregnant woman. They just have to treat women like everyone else.

Here's the legalese. Note that there's nothing about accommodating a woman's needs for her her child's health:

The terms "because of sex" or "on the basis of sex" include, but are not limited to, because of or on the basis of pregnancy, childbirth, or related medical conditions; and women affected by pregnancy, childbirth, or related medical conditions shall be treated the same for all employment-related purposes, including receipt of benefits under fringe benefit programs, as other persons not so affected but similar in their ability or inability to work, and nothing in section 703(h) of this title shall be interpreted to permit otherwise.

So frustrating, right? Who writes a Pregnancy Discrimination Act and doesn't add, "you have to accommodate a woman so she can work?"

As it happens, Luke's saga isn't over just yet. Recently, the Supreme Court decided in a similar case, Young v. UPS, that the employer was discriminating against a pregnant woman by firing her. It was six votes to three (the late Justice Scalia, along with Justices Kennedy and Thomas, dissented, in case you were wondering).

So this means that there's now legal precedent — the most important thing when it comes to deciding cases for judges — for Luke's case. With the help of the American Civil Liberties Union (ACLU), Luke's case has been remanded to the 5th Circuit Court of Appeals to be reviewed.

This is really good news for working women everywhere and highlights a few major, pertinent things. The first? Women have been protected by the Pregnancy Discrimination Act in the past, and it's possible that the 5th Circuit will find a way to work around the wording of the law.

The second is that without the help of the ACLU, Luke might have given up, so remember that the next time they ask you for a donation. The organization protects everyone, including pregnant women and parents.

The third takeaway is that Luke didn't give up. She understood that to get rights, we have to fight for them and not be afraid to call foul when we have to. It's a lot harder to do than it looks, but perhaps Luke's case will inspire other citizens to speak out when they feel they've been wronged.

So keep your eyes out for good news about Luke's case. And give it up for a new mother of twins who refuses to let others take away her rights.