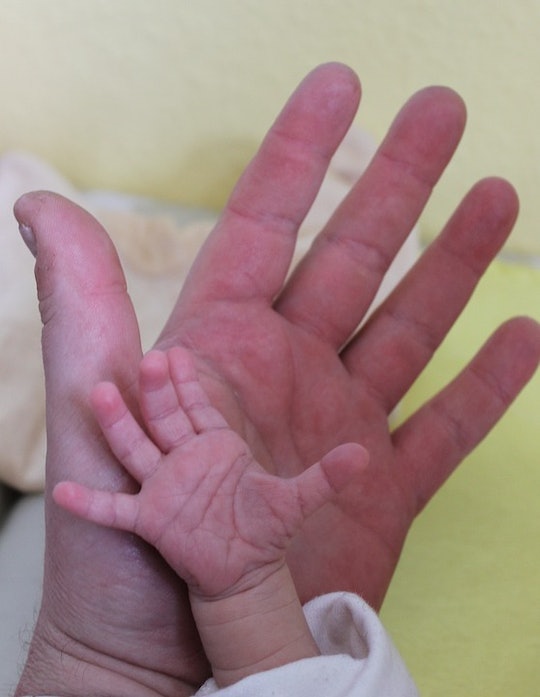 Here is one of the truest things I know: Nobody loves you like your grandparents love you. If you're lucky enough to have amazing grandparents, that is. Not everyone is lucky enough to have grandparents who not only want to hang out with them, but want to document all of their time together for eternity. One social media user, whose tweet recently went viral, is clearly one of the lucky ones, and her photo of her grandfather's notebooks documenting her childhood and their time together are total, beautiful proof that grandparents are like parents, but better.

A woman who identified herself as "Ren" on Twitter was celebrating a birthday recently, and she got basically one of the best birthday presents ever: Her grandfather had quietly been taking notes and collecting stories of his time with her from the time she was 2 years old until she was 5 years old (she is now 25). The stories filled three notebooks with what are sure to be precious stories of the sort of little girl she was, funny things she said, the things they did together. And as if it wasn't sweet enough that he paid such close attention to his granddaughter; he gifted the books to her for her birthday. Now let us all bow our heads and sob.

"Ren" shared pictures of the books her grandfather had clearly, painstakingly filled out. For any of us that grew up with a grandparent they truly adored (my grandpa was legit my best friend for most of my life, for instance), it was a beautiful reminder of the special kind of love that so often exists between grandchildren and their grandparents.

Clearly, loads of social media users were feeling all soft and melty about their own grandparents too: After "Ren" tweeted the picture of her grandfather's notebooks on Wednesday, it was retweeted over 90,000 times and had 331,377 likes. And the reaction was essentially just online silent crying.

So what has the internet waxing nostalgic over their grandparents? According to Sarah Moorman, an associate professor of sociology at Boston College, the bond between grandparents and their grandchildren are proof of strong family bonds in general. Grandkids offer grandparents a window into their own youth, and grandparents offer their grandkids wisdom and patience. She told The Boston Globe:

Grandparents have a wealth of experience — they’ll often tell stories about their lives and how things worked when they were young, and once kids become adults, they’re able to maximize those lessons.

And let's face it, nobody is ever going to think you're funnier, smarter, stronger, kinder, or better than your grandparents do. So go hug yours today, if you can. Plus, maybe keep a notebook of your own grandpa adventures.

I know I wish I had.