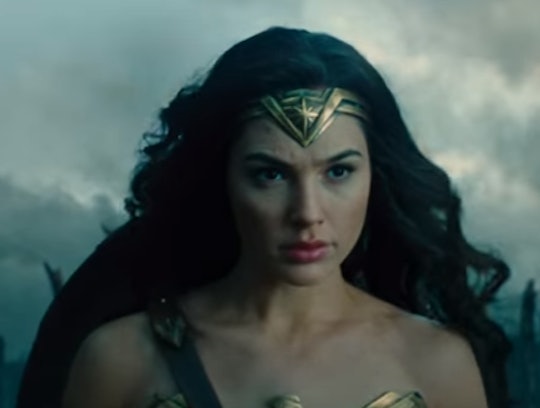 As a five-year-old girl, I was the proud owner of Wonder Woman Underoos. I wore these under all of my clothes and even sometimes as my clothes if I could talk my mom into letting it slide. Why? Wonder Woman was the best example of the sort of woman I hoped to be. Strong, kind, helpful. Courageous. Just a general bad ass who could take care of herself (plus that Lasso of Truth, right?). And now she's setting an example for a whole new generation, if this writers' group raising money for girls to see Wonder Woman has anything to say about it.

Legion of Women Writers, a group of professional writers working in New York City who are involved in entertainment and media (and who also picked out the best name for a writers' group ever), have started a GoFundMe campaign to send girls to see Wonder Woman in theaters. Specifically, they hope to send 70 girls from Girls. Inc of New York to see the movie on June 9. The Legion of Women Writers explained in their campaign, which is raising funds to cover the cost of the movie and "popcorn for the girls," that:

Wonder Woman has been a cultural icon since her creation in 1942, and symbol to girls and boys that a woman can be strong, bold, and compassionate.

Girls Inc. of New York is an organization focused on research-based ways to equip girls to succeed academically, "lead healthy, physically active lives; manage money; navigate media messages; and discover an interest in science, technology, engineering, and math." And if they're in need of a mascot, perhaps they should look no further than a certain Diana Prince. Also known as Wonder Woman. So really, going to see the new movie, directed by a woman (Patty Jenkins, the first female director of a big budget superhero action flick, thank you very much), starring women, and primarily using women on set, is basically like homework when you think about it.

The fundraising campaign has already surpassed it's original goal of raising $1,200 and has set the barre at $7,000, with the extra proceeds going to the Girls Inc. annual college shower in support of girls' freshman year at college.

I personally know the importance of shared female experiences and with so much controversy surrounding the "women-only" movie screenings, we wanted to find a way to provide those types of experiences for young girls. Legion of Women Writers is all about supporting women and representation in media so it was a perfect fit as a partner to support the work Girls Inc. does to empower young girls. Giving them the opportunity to see a superhero like Wonder Woman on the big screen is so important.

The framework for who we are going to become is built, in many ways, on the heroes of our youth. Celebrating Wonder Woman, a movie with a strong female protagonist who embodies courage and kindness, can only be a positive influence on girls.