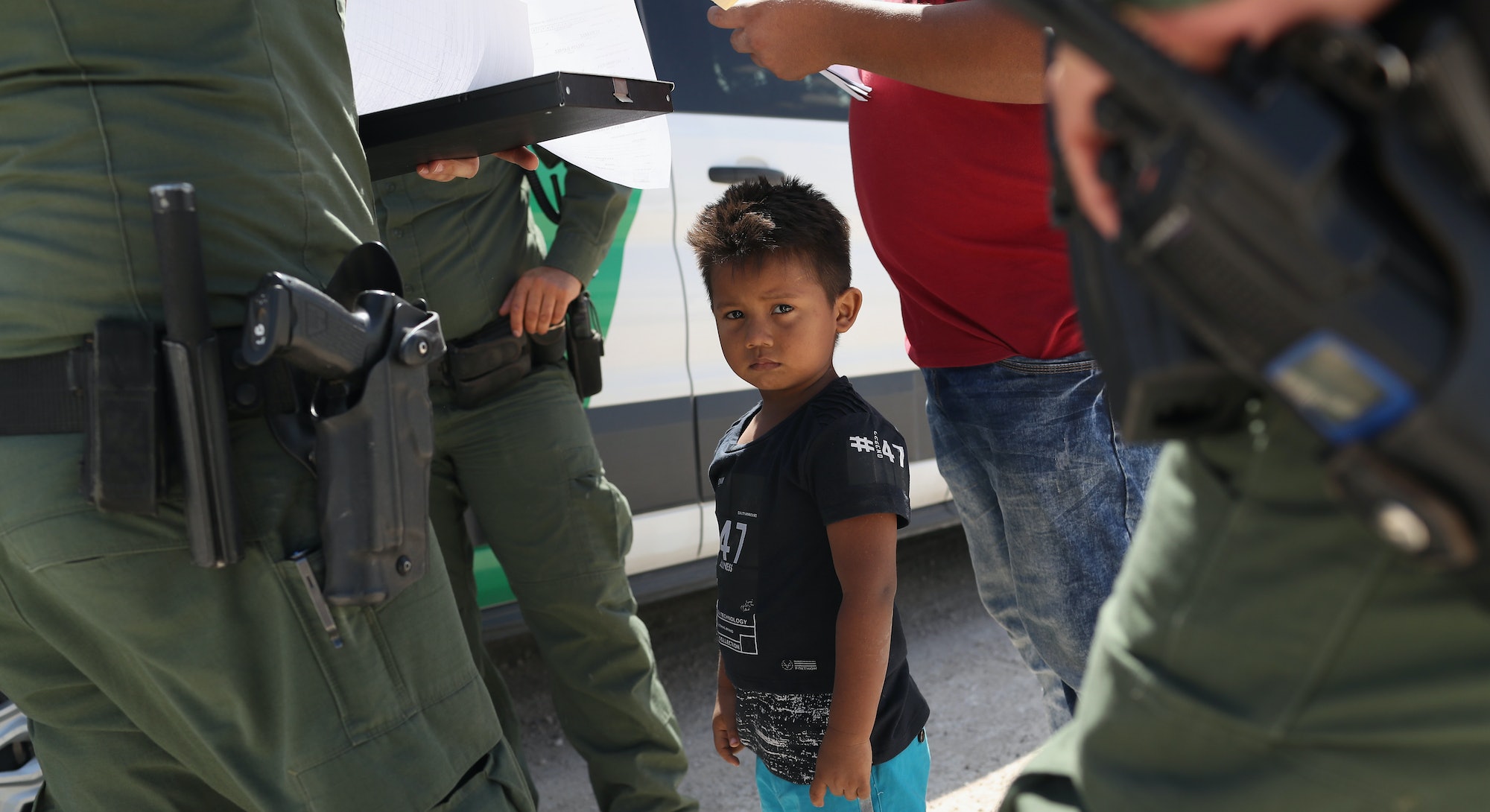 These Are All Our Kids

The minute a white child goes missing in my hometown or a white child is revealed as a victim of child abuse, my Facebook news feed is flooded with posts about these stories. "Disgusting." "They need to rot in jail for doing this to a sweet, innocent child." "Praying for this child's return to their parents." But as the border crisis and policy of zero-tolerance for the parents of migrant children continues to inflict lasting harm on families who may not be reunited, I find that those who are generally so worried about the white babies don't seem to care that brown children are going missing and being traumatized in the name of "secure borders." Often, all they can mutter is something like, "I hate what's happening to these kids" followed by, "but what do they expect when their parents come here illegally?" It's right there in their words: "These" kids.

And it's not as if some perceived belief in sovereign borders or the sanctity of a grab-bag of immigration law is to blame for people's indifference to these children. In a Fox & Friends segment, host Brian Kilmeade made one thing perfectly clear: we don't have to care about "these" kids simply because they're not "ours." The two white panelists sitting beside him on the big beige sofa agreed point-blank, nodding along as he encapsulated the reason we can and must ignore these children's rights.

It's not like [Trump] is doing this to the people of Idaho or Texas. These are people from another country. — Brian Kilmeade, Fox & Friends

"And these are not — like it or not, these aren't our kids [emphasis added]. Show them compassion, but it's not like [Trump] is doing this to the people of Idaho or Texas. These are people from another country [emphasis added] and now people are saying that they're more important than people in our country who are paying taxes and who have needs as well," Kilmeade said on national television.

Those telling themselves that we need to look after our own first need to ask themselves why the children of Flint, Michigan, including Morgan Walker, 5, above, still don't have clean, stable, lead-free water, and why the government advised families that the water was safe to drink for nearly a year. The answer is because 57 percent of Flint's population is black, and we — our government, our municipal workers, our representatives — deemed the predominantly Black children there as "not our children."

But they are our children.

This little boy lying in a shelter in Toa Baja, Puerto Rico, on Christmas Day, 2017, months after Hurricane Maria swept through his country — a U.S. territory — is one of our children.

Our government did little to help him following Hurricane Maria. In January, nearly four months after the hurricane hit, FEMA ended its shipments of food and water to the island. The funding to rebuild the roads, restore power, and for housing and urban development projects Puerto Rico has received since the hurricane falls "tens of billions of dollars short" of what Puerto Rico needs. The death toll there now stands at an estimated 4,645, while the death toll across Georgia, Florida, and South Carolina stands at 31.

This 2-year-old immigrant fleeing with her parents from Honduras, she is one of our children. Currently, she is housed in detention with her mother, awaiting immigration proceedings. Like many U.S. citizens, her life here would begin with a dangerous passage... that she might formally become "one of us." Her home country is riven by gang violence, but the Trump Administration has announced that asylum will no longer be granted in such cases.

What happens when we fail to remember the migration our own parents and grandparents took to get here? When we "other" child migrants?

We get the story of Aylan Kurdi, 3, a refugee who drowned en route from Syria. His family was desperately trying to cross Europe to reach family in Canada, where they could be safe. His father paid over $5,000 for the small dinghy which capsized in rough water, and left him struggling to hold his two children and his wife in the waves. He lost all three of them. This route to Europe is considered "one of the safest."

And Tamir Rice is ours, too. In 2014, 12-year-old Tamir was shot and killed by a police officer after a 911 call claimed there was a boy in a park with a gun. The caller mentioned that the gun was "likely a fake," and they were right. But the dispatcher did not mention to the officer that the "suspect" was a child, and was most likely holding a fake weapon. Instead, they sent the cop to the park, where video footage shows that he jumped out of the passenger door of the car and shot Tamir as he played by a gazebo. It was a pellet gun in his hand.

But he shouldn't have had a fake weapon anyway, right? Isn't that what you wrote on Facebook in response to the death of a 12-year-old boy?

This is white privilege. To only feel empathy or a tugging feeling in your stomach when you see a white child hurt. To look at these children literally being ripped away from their parents and think, "Well, they shouldn't have come here illegally." To ignore the news that another black teenager was killed because "he shouldn't have been running from police." To pretend like the Syrian toddler being washed up on the shore of a Turkish beach has nothing to do with you, because you're not a refugee. It's overseas.

These are someone else's kids.

This isn't a legal versus illegal person issue. This has nothing to do with securing our borders, protecting our jobs, or our country. This has everything to do with people pretending to care about the world around them, but stopping short of doing anything when they realize the people are not white. It has everything to do with being able to use your white savior complex as a way to glamorize African children featured in UNICEF ads, but stop short of actually feeling anything but disdain for the children of immigrants. You can go on your mission trips and you can box up clean toothbrushes and socks for developing countries (who, by the way, take in the lion's share of refugees), but if you can't look at your own country and see the atrocities we're letting go right by to our own American children and to those seeking a better life here, then where's your morality?

You can't wave an American flag and talk about freedom while ignoring that you're simply a natural American-born citizen because of sheer good luck.

These are all our children. The immigrant children, the refugee children, the children drinking contaminated water and being shot on our streets — they are all ours. You can't proclaim "all lives matter" when you feel oppressed and then ignore the children that aren't white. You can't wave an American flag and talk about freedom while ignoring that you're simply a natural American-born citizen because of sheer good luck. You can't say things like, "I wish I could just help all the children of the world" and scoff when children are literally dying and asking you to do something.

Aylan Kurdi could have been a refugee living in America right now. Tamir Rice could be a 16-year-old boy thinking about his future. The children of Puerto Rico could be able to breathe fresh air and avoid asthma attacks caused by mold from the hurricane wreckage. Morgan Walker should be able to turn on her faucet and get herself a glass of water after a day of playing outside. The 2-year-old Honduras immigrant should be on the government's priority list so she can seek asylum here in America.

They are all our children. And it's time we started acting like it.