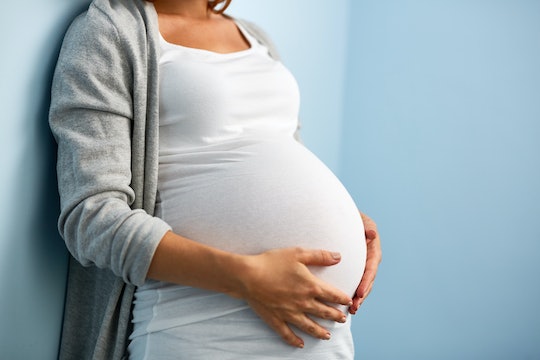 The Zika virus is still out there, folks, and it's still as complicated and insidious as ever. The virus that has seen thousands of children born with the brain abnormality microcephaly continues to worry pregnant women and new parents across the globe. And unfortunately, it looks like some concerning news has come out recently. According to new research, the Zika may still be dangerous for pregnant women in a way that was not previously discovered.

A new study published on Monday in the Nature Medicine journal looked at three different kinds of pregnant primates who had been infected with the Zika virus, but had not shown any symptoms. According to Newsweek, this is the first study of its kind to look at the possible effects the virus might have on pregnant women who do not show atypical Zika virus symptoms like fever, rash, headache, joint and muscle pain, and red eyes.

Considering the fact that nearly half of all people infected with the virus do not exhibit symptoms, according to Science Daily, the distinction is important. As study lead author Dawn Dudley, a researcher with the Wisconsin National Primate Research Center noted in a press release of the study via Science Daily, previous studies have only looked at pregnant women who have shown symptoms.

According to a press release for the study shared by the University of Wisconsin, Dudley explained that there "are limitations to the human studies, which rely on symptomatic infections." She continued:

With that important distinction in mind, researchers from six National Primate Research Centers (NPRCs) looked at 50 pregnant primates infected with the Zika virus. According to Newsweek, they found that the miscarriage and stillbirth rate was more than four times what the regular miscarriage rate was with uninfected primates. Zika-infected pregnant primates miscarried 26 percent of the time in this study, with three babies dying soon after birth. The previous rate of miscarriage was only 8 percent, according to Newsweek.

As Koen Van Rompay, one of the researchers from the California National Primate Research Center, told Science Daily:

These rates of fetal losses and stillbirths in Zika-infected pregnant monkeys were about four-fold higher than what is normally seen in unexposed monkey populations at these research centers. Many of the fetal and placental tissues had evidence of Zika virus replication and also had pathological lesions, which further supports the role of Zika virus in this detrimental outcome.

This is important research moving forward for pregnant women living in areas known to have the Zika virus, but might not realize they've been infected. As study co-author Lark Coffey explained in Nature Medicine:

For pregnant women who live in areas where Zika virus is prevalent, and who may experience spontaneous abortions, the possible link to Zika virus infection may be missed. Our data in monkeys indicate more research is needed so researchers can develop intervention strategies to protect pregnant women and their fetuses from Zika virus.

To that end, there are some important precautions pregnant women might want to take to protect themselves against being infected. Remember that the Zika virus is spread mainly through the bite of an infected mosquito and in some cases it can be spread through unprotected sex with an infected male, according to the Centers for Disease Control and Prevention. The CDC recommends that you check the website for areas that have a higher risk for Zika infection and protect yourself from mosquito bites. Avoid standing water, wear light colored clothing with sleeves, and use an EPA-registered insect repellent to keep the bugs away.

Because there's absolutely no point in taking a chance with something as important as your health or your baby's health.