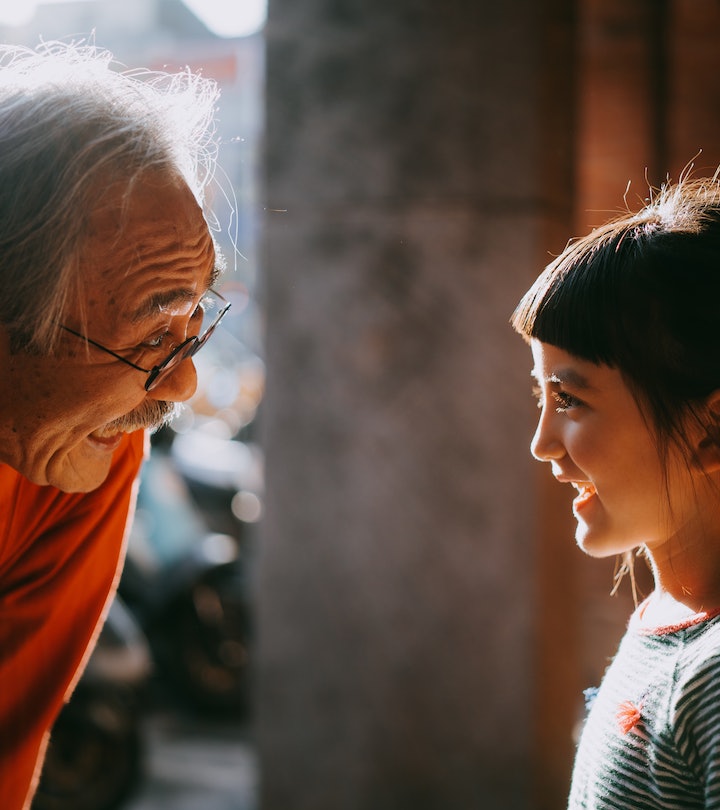 Boundaries For Grandparents & How To Set Them

In this case, you’re the boss.

In many cases, parents wait until grandparents overstep before speaking up. That’s OK, but it’s better for everyone if boundaries for grandparents are discussed right away. “Because there are so many ways to raise children and so many potential components to a grandparent’s role, parents can lovingly explain how they want their child to be cared for,” Sarah Epstein, a licensed marriage and family therapist based in Dallas, Texas, explains to Romper. “This way, grandparents are set up for success and do not feel blindsided by making a misstep for something they didn’t realize was important.”

Although it may feel awkward, setting boundaries can actually prevent conflict down the line. “Boundaries help preserve the relationship between parents and grandparents and can send the message that the grandparents trust the parents to make the decisions with their own children,” Epstein says. “In this way, boundaries bring families closer together.”

Grandparents overstepping boundaries? Here are 7 things grandparents should not do

There are a lot of different ways grandparents can overstep boundaries and, to some extent, exactly where the line is will depend on your family and your comfort levels. Some of the most common are ways that grandparents overstep are:

Why do grandparents overstep boundaries?

Regardless of the reason grandparents are overstepping, if it’s bothering you, it is time to speak up.

How to set boundaries with grandparents

The truth is, it’s not easy or comfortable to have a conversation about what you’d like your child’s grandparents to do and not do. It can be awkward to broach the topic, especially with in-laws you might not feel 100% comfortable with, but if you think of boundary setting as a way to preserve your own relationship with your parents or in-laws, you may find it’s not as hard as you feared. Here are five ways to approach setting appropriate boundaries with grandparents:

Obviously, the boundaries you choose to set are entirely your choice, and it will differ for everyone. Pick boundaries that feel very important to you and that you feel strongly about. Some common grandparent issues you might want to set boundaries around are:

It’s not unusual for grandparents to push back or just not take you seriously. “Grandparents may use the phrase, ‘Well, when I was raising you... you turned out just fine!’ to justify or explain why their approach to parenting is valid,” Goldstein says. “How we used to raise children is not necessarily the same way we raise children today. Even if some things might be the same, the parents have the right to choose how they would like to raise their child. Every family is unique and it is the parent’s responsibility to explain what the boundaries are.”

When it’s time to set these boundaries for the grandparents in your child’s life, keep in mind that you aren’t doing anything wrong by asking them to respect your wishes. Remember that they love your child, too, and want to be in their life. Strong boundaries can lay the foundation for the closeness and harmony that everyone ultimately hopes to share.

Michele Goldman, clinical psychologist and advisor at the Hope for Depression Foundation

More Like This
There's A Good Reason Why Your Baby Is So In Love With CoComelon
9 Bedtime Mistakes That Are Keeping Your Baby Awake & How To Fix Them
How To Tell If Your Newborn Is Nursing For Comfort
Why Does My Baby Cough While Breastfeeding? Experts Explain