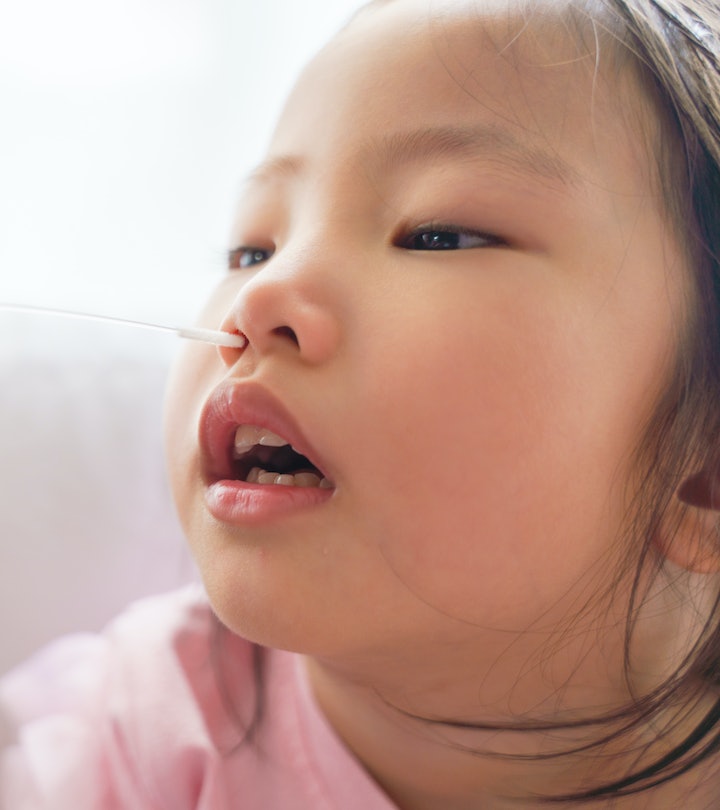 Can You Share One Rapid Covid Test With Your Whole Family?

And how should we best use our precious allotment of rapid tests?

Many parents had mixed feelings about the new Biden administration initiative to ship four rapid Covid tests directly to their homes. On the one hand, rapid antigen tests have been both prohibitively expensive (at least $15 each) and, in many areas, impossible to find. Free tests sent straight to your door? Undeniably better than expensive and elusive. But even if you have a small family, you likely need many, many more than four tests just to comply with the CDC advice about when to test; if you’re in a public-facing job or have children in school during this Omicron wave, you likely have near-constant “close contacts” with Covid-positive people.

The limitations of the program quickly inspired jokes about how fictional families like the Baker family in Cheaper by the Dozen or the March family in Little Women would have to make do with only four tests.

One response that’s not a joke? Some families are reportedly considering sharing swabs for their Covid rapid tests. The Atlantic reported that some families are “going rogue with rapid tests” and using the same swab to get a sample from a group of people. If the test comes back negative, the assumption is that nobody in the family has Covid.

There’s undoubtedly an ick factor to this method, particularly if you’re not first in line to use the swab. But more importantly, is this even a viable strategy for how to stretch out your allotment of rapid Covid tests?

The short answer to whether you can use one rapid Covid to test multiple people? No, “at least not now,” says Jai Lingappa, a pediatric infectious disease physician and professor at the University of Washington. “It’s easy for people to develop a false impression that ‘somebody set up this test so it works — it detects the virus. So we can put whatever in and it will detect the virus.’”

But the tests have only been tested — and approved — for the specific procedure outlined in the instructions, and following that procedure is the only way to know that you’re getting an accurate result. “Sample collection is the most sensitive part. . . and thus the easiest to mess up with user error,” Jessica Smith, a Boston-based chemist who works in the diagnostic field, tells Romper via email.

Then there’s the fact that, if you’re all sharing the same swab, you could be passing all manner of diseases around. “Sharing a single swab isn’t a great idea because you don’t know what you’re passing in terms of respiratory viruses,” Dr. Lingappa tells Romper.

If you were truly determined to try this method, Smith writes, you should at least use “extra sterile swabs, and put them one at a time into the saline solution.” But even if you took precautions to avoid cross-contaminating your swabs, that doesn’t change the fact that the test just isn’t designed for this kind of use, and that you can’t rely on your result to give you the information that you’re looking for.

What Is “Pooled Testing” & How Is It Different?

Even though combining samples in one rapid test doesn’t work, pooling samples to conserve testing resources is a fundamentally sound idea. Labs all around the country use “pooled testing” for PCR tests, and the CDC has guidance on its website for how labs can use this approach.

A study conducted by the University of Nebraska Public Health Lab found that labs could reliably use pool testing on five PCR tests: if one of the test samples was positive, even if the others were negative, the pooled test would return a positive result. The lab can then individually test each sample to determine which of the samples returned a positive result. As the study points out, though, this method really only saves time and testing resources when the positivity rate is fairly low, which it hasn’t been in the U.S. during this recent surge. (If nearly every pooled sample has at least one positive test, the lab ends up having to test each sample individually anyways.)

Pooled testing is only approved at the moment for use with PCR tests, and there are fundamental differences in the chemistry of rapid antigen tests and PCR tests that make pooled testing a much more viable option for PCR. However, that doesn’t mean that we won’t eventually have pooled testing for rapid tests: “There are clearly people who are aware of this issue, and they’re trying to have kits that are validated for pooled [samples],” Lingappa says. (As The Atlantic reported, a group of scientists in Cambridge published a study that suggesting that we may eventually be able to pool together 20 samples in a rapid test and get accurate result.) Pooled rapid tests, like vaccines for kids under 5, are hopefully coming, but they aren’t here yet.

So If You Can’t Pool Your Tests, What Can You Do?

Stop us if you’ve heard this one before: Being vaccinated is the most important form of protection: everyone in your family who is eligible should be vaccinated and boosted. And especially when the case rates are high, “Wearing a mask that fits well is also key in preventing spread. Paper masks provide more protection than cloth masks, and N95 or KN95 masks work best,” says Cat Staunton, a board-certified pediatrician who does community-based clinic care in Mt. Vernon, Washington.

If you do suspect you have the virus — or you’re visiting someone with potential risk factors for rapid disease, go ahead and take (your own) test. Staunton says that she still encourages her patients to get a PCR test: “PCR tests are more sensitive, and it’s a lot less likely that you’ll miss a positive.” However, she says, she knows that this can be really difficult with the time it can take, both to wait in line for the test and to get the result. “Sometimes, they say ‘we have to know in one day, and your test won’t come back in two to three days.’ It varies, depending on how swamped labs are.”

There is, in short, no perfect way to use your household’s allotment of rapid tests to guarantee that you won’t pass along the virus: the best a rapid test can do is “allow you to carry on your regular day with at least some reassurance that there’s a reasonable chance that you don’t have the virus,” Dr. Lingappa says. Sticking with the things we know work (vaccines and masks) and following the instructions when we do test remains our best bet to keep ourselves and our communities healthy.

More Like This
It's Not Just Covid: Doctors On Why Everyone's Getting Sick Right Now
Abbot's Formula-Producing Plant Can Reopen In As Early As 2 Weeks — Now What?
Should You Be Giving Your Toddler Melatonin To Help Them Sleep?
Can You Help Your Baby’s Hair Grow?