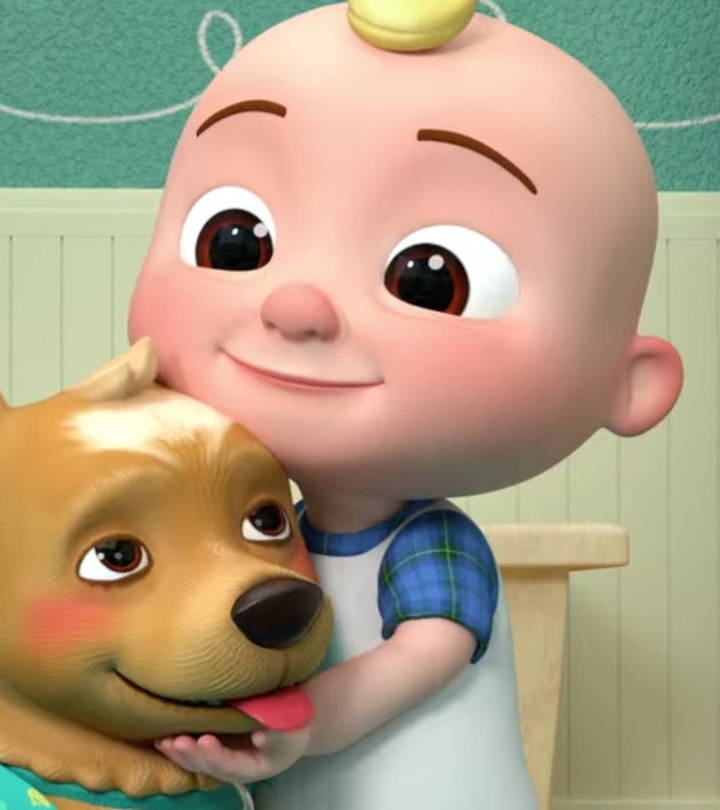 No, CoComelon Isn’t To Blame For Your Kid’s Tantrums

Does Tik Tok have you worried? Yeah, me too.

If you’re a mom on TikTok, you probably stumble across quite a few videos about parenting, kid-friendly recipes, and whatever else the algorithm serves up for you that day (#momtok is a thing). And that means you may have seen some videos floating around from moms who say switching from CoComelon to other shows (namely, Songs For Littles on YouTube) helped their kids learn to speak and reduced the number of tantrums they were having.

As someone who has turned on CoComelon to occupy my baby while I wash bottles or eat my food while it’s hot, I immediately started worrying that maybe my choice in programming is why he hasn’t been babbling much. But can a program aimed at babies and toddlers, featuring characters singing traditional and modernized nursery rhymes, really have that kind of power? Experts say that remains to be seen.

“It’s not about certain shows over others. The general trend is that there is no benefit to media,” says Daniel Marullo, Ph.D., clinical psychologist at Children’s of Alabama, in an interview with Romper.

Here’s the thing: these moms aren’t wrong. They know their children better than anyone, and if making the switch to different shows helped their kiddos learn new words and self-regulate a little better, then good on them for figuring that out. That said, don’t feel guilty if your little one really likes CoComelon and you’re not willing to give up the 20 minutes of peace JJ and his annoyingly sing-songy family buy you. It’s probably not why your kiddo hasn’t uttered their first word, or why they had a meltdown earlier today.

“There have been some studies that look at [the effects of watching TV on] language and social development, and with those younger groups it doesn’t add to that development,” says Marullo. “Research shows that the shows they watch need to have high-quality educational content, and not all shows have educational content, let alone high-quality. For those younger kids under 2, playing and social interaction are key to social, language, and physical development.”

Marullo points out it’s not that watching TV rots your kid’s brain or has a negative impact on their learning. It’s just that it doesn’t add anything to their development, and can take time away from things that do.

“Kids learn by exploring their world, so if they’re sitting in front of the TV, what are they not doing?” he says. “For the younger ages, what you want to promote is more active exploring kinds of things. Media can be part of that, but it should just be a part. They need to play, interact, and get dirty. If you want to support your child’s language development and future reading ability, play with them, talk to them, get out the pots and pans and bang them.”

The main way to make sure screen time is beneficial for your baby, toddler, or young child is to interact with them while they watch.

“If Mom wants to go take a shower and needs 20 minutes, OK. Let’s be reasonable, right? But as a rule, as much as you can, you want screen time to be an interactive experience,” says Marullo.

And, if you want to make the switch to shows that have more educational content, Marullo recommends doing your research, like looking into what the show is based on and who produces it. If you’re just not sure where to start, he cites Sesame Street as a good example.

“Really what research shows is even if you find something good, it’s still the interaction with the caregiver that makes the biggest difference,” he says. So let go of that mom guilt and “yes, yes, yes,” your kid can keep watching CoComelon if you want.