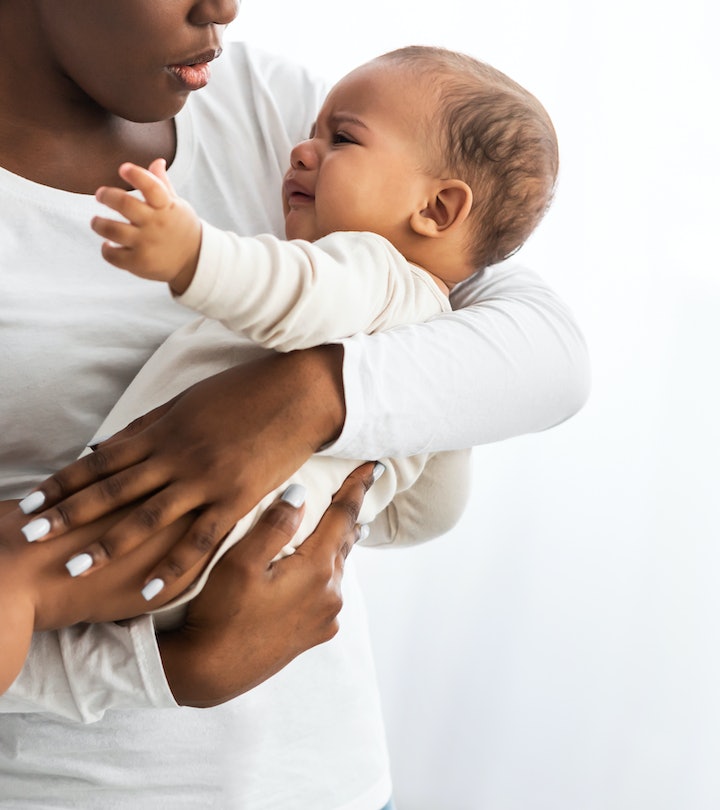 How Babies Communicate When They’re Bored

Figuring out this cry may take a bit of detective work.

Tears and screams can mean so many different things when they’re coming from your baby, and getting to the bottom of it can be a relentless feat. Despite this, we trudge on because we want to make sure our precious children are OK. But after trying everything, could it just be that babies cry when they’re bored?

There are differing views on whether or not a baby can get bored. Some experts, like early childhood professional Magda Gerber, believed parents condition their babies to boredom by overstimulating them. In contrast, many others note that babies can and do get bored. The argument against their natural ability to get bored is difficult to stand beside. Why wouldn’t babies have innate feelings that aren’t taught or conditioned? And experiencing a loss of interest or needing to be engaged is one of those feelings.

Bored means to feel weary because one is unoccupied or lacks interest in one’s current activity. If you match that with the fact that a baby is typically lying on their back while the world moves around them, it’s easy to see how boredom can set in, and eventually, crying ensues. So let’s settle this.

Can Babies Get Bored?

“Babies and toddlers — and most small children for that matter — have very short attention spans coupled with high energy,” Gary Kirkilas, a pediatrician at Phoenix Children’s Hospital, tells Romper. He goes on to say, “These traits are useful to help motivate them to learn about their environment.”

However, according to Kirkilas, their behavior changes “when their busy minds are no longer engaged.” Sounds like a good proverbial yawn of boredom to me. And the kicker? “Most babies will become fussy and no longer seem interested in what they are doing when bored.”

Do Babies Cry When They’re Bored?

Kirkilas says your baby responds to boredom with a rising wave of emotions. It first starts as fussiness. “This fussiness often progresses to crying.”

Try not to think about being bored equalling crying from an adult's response. Their little bodies and brand-new brains don’t process feelings and emotions from a place of reason. (Heck, most of us don’t either.) But anytime they have an overwhelming feeling to express and communicate, it all gets wrapped up into the biggest wail that successfully does the one thing it’s meant to do — get your attention. With each smile, coo, noise, or outburst, your baby is always telling you something.

So with this information, sure, this means that your baby has another “cry” that you have to learn to identify. But there are specific signs that accompany it that can be helpful.

Signs Your Baby Is Bored

You know your baby, so you can feel and see it when something is off. But that doesn’t mean you instantly have all the answers, and that’s OK. Kirkilas assures parents, “Some simple detective work can help most parents determine if their babies are crying due to boredom.”

Here are some typical signs that accompany boredom:

All of these are early communication methods. You’ll find that once they get to the crying phase, they’ve probably already exhibited all the other signs. But if you still aren’t sure, Kirkilas says parents can “simply re-engage their baby with an entirely new activity — like going for a walk, water play, exploring outside, new toys, or even simply moving to a different part of the home.”

If the crying stops, voilà!

Don’t feel bad about not immediately recognizing that your baby is bored. Over time you will get adept at knowing what their different cries mean, and you’ll know exactly what they need. Even if that need is to have a little more time engaging with you to make them smile and giggle.

More Like This
Why Does My Baby Call Everyone Mama?
How To Breastfeed A Baby With A Cleft Lip Or Cleft Palate
Should You Swaddle Your Baby In The Summer? Here’s How To Dress Them
6 Ways To Fix A Shallow Latch So Your Baby Can Nurse Properly