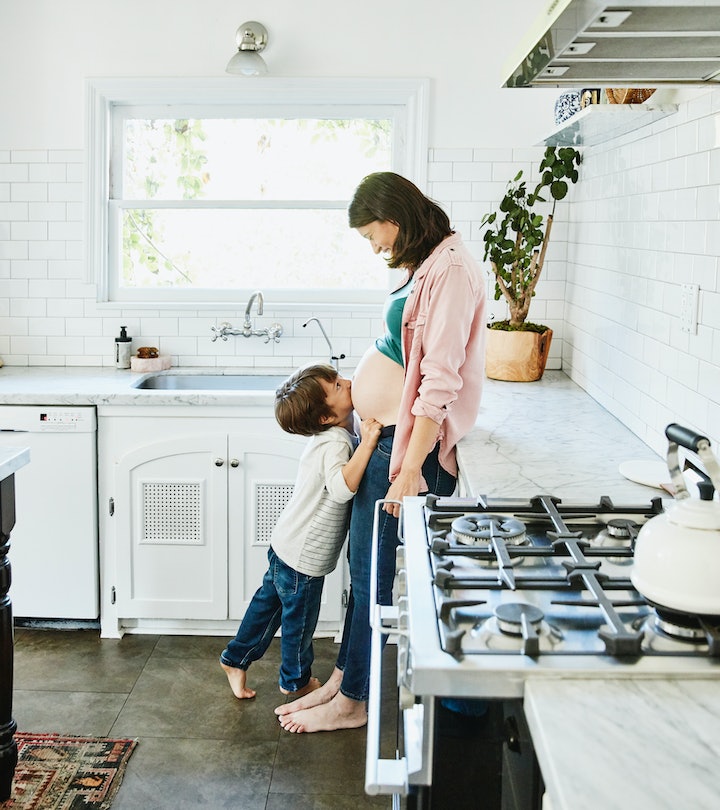 One study claims they’re as bad for kids as secondhand smoke.

There has been some buzz surrounding indoor air quality and the safety or potential dangers of gas stoves — particularly for kids growing up in a home with a gas stove — for a while now. For certain anxiety-prone parents (me), the question of how to improve indoor air quality was already looming large, but this week, the question of whether or not gas stoves are dangerous — or perhaps should be banned in the U.S. — leapt into the forefront of the zeitgiest when a commissioner of the United States Consumer Product Safety Commission suggested that banning gas stoves was a possibility. In an interview with Bloomberg, the commissioner suggested that gas stove emissions are a serious concern at the CPSC, and now considered urgent in light of a recent study on the dangers of gas stove emissions. Published in The International Journal of Environmental Research and Public Health in December of 2022, the study found that a staggering 12.7% of current childhood asthma in the United States can be linked to gas stove use, which is “similar to the childhood asthma burden attributed to secondhand smoke exposure.”

Those numbers are indeed scary, and the idea that the air in your own home could pose a health risk to your child is a parental nightmare. But are gas stoves dangerous? And can gas stoves cause childhood asthma? If so, what can we do to make our home as safe as possible, particularly since it’s not always an option to get a new stove right away?

“Gas stoves per se are not dangerous to kids, but the exhaust of any burning fuel — including gas — has negative health effects,” says Chief of Allergy and Immunology at Nationwide Children’s Hospital, Dr. Mitchell Grayson. However, it is not clear that development of asthma is one of these negative effects, Grayson clarifies. “There is no reason to assume anything special about gas stoves as opposed to any other natural gas burning item, such as a furnace or hot water heater,” he adds.

The question of whether or not gas stoves are dangerous is a surprisingly tricky one, and many pediatricians agree the jury is still out. “We cannot yet say definitively that gas stoves are dangerous for kids,” says Dr. Ali Alhassani, pediatrician and head of Clinical at Summer Health. “They can certainly release gases that are not healthy at large concentrations, so good ventilation is important.”

Do gas stoves cause childhood asthma?

Asthma is a very complex disease process with an intricate interplay of genetics and the environment, and Dr. Alhassani urges parents to remember that doctors don’t fully understand it yet. In light of that, both of the experts Romper spoke with encourage parents to not panic, and take the current news cycle with a grain of salt. “The recently published paper by Gruenwald and others that has been making headlines assumes the answer is ‘yes’ based on a 2013 study. That 10-year old paper combined studies from the U.S. and Europe spanning decades, but many of them found no association. It also found that increased exposure to nitrous oxides — the gas supposedly thought to be the specific cause — did not have an effect on the risk of asthma.”

“There have been many prospective studies of the development of asthma, and gas stoves have not been reported to be causative of asthma in those studies,” agrees Grayson. “I would not recommend any changes in lifestyle based on just one retrospective statistical analysis dataset — this study.”

Should I get rid of my gas stove?

Not just yet, say our experts. If your family has a gas stove, you don’t need to panic. “There are other potential reasons to avoid gas stoves if you can, such as the negative impact on the environment, but for now, the increased risk of asthma is still not known,” says Alhassani. “My family has a gas stove and we aren’t ready to make a move just yet.”

However, if you do have a gas stove, there are some known health risks associated with its impact on your indoor air quality, and — luckily — a few ways you can mitigate those risks.

While this study should be taken in stride as far from definitive and just one of many, Grayson acknowledges that we know that, regardless of any specific connection to childhood asthma, “the exhaust of any burning fuel, including gas, has negative health effects — although it is not clear that development of asthma is one of them.” In light of that, if you do have a gas stove in your home and are not able to replace it right now, it is a good idea to take steps to limit its effect on your health and that of your kids. “There are a few things families can do to reduce the potential risk from gas stoves,” Alhassani explains. “The best way is to ventilate the kitchen and house by opening your window while using the stove, turning on the exhaust fan if there is one that vents air outside, and if not, using a fan to blow the exhaust outside. Air purifiers with HEPA filters can also reduce the concentration of nitrous oxides circulating the air.”

Echoing Alhassani’s suggestions, Grayson adds that he encourages families using gas stoves to “be sure to turn on the exhaust fan — which ideally exhausts outside of the house — as that will remove the exhaust.” Regardless of what stove you use at home, Grayson also reminds parents that “always, any concerns regarding a child’s asthma should be discussed with a family’s pediatrician.”

More Like This
Winter Travel Tips For Families
Tips to Beat Jet Lag, For You & Your Kids
The Best Travel Tips For Solo Parenting
A Parent’s Guide To Stomach Pain In Kids
What Parents Are Talking About — Delivered Straight To Your Inbox