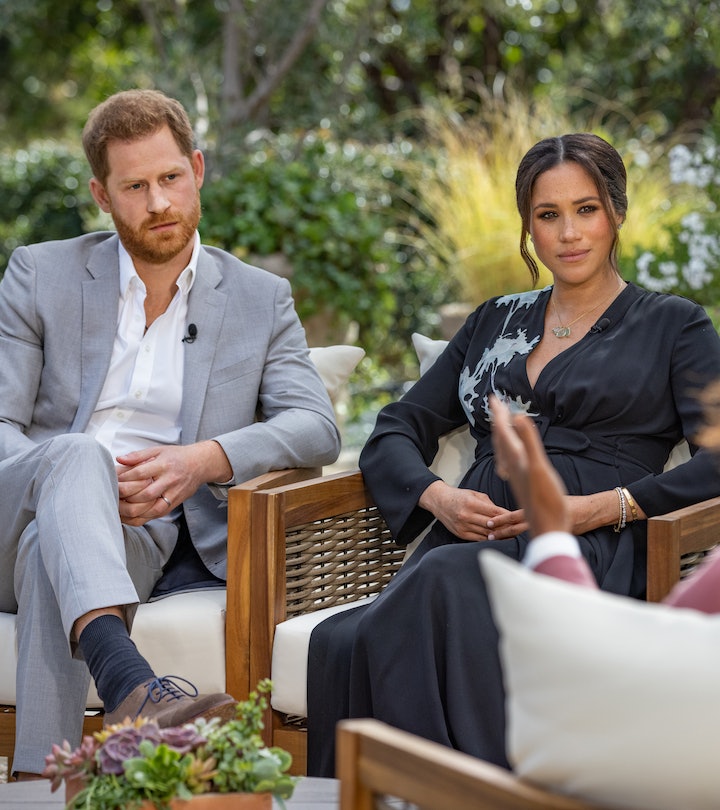 It’s not about “airing dirty laundry;” it’s about grappling with racism in the context of people who love you — and who you love back.

I don’t use the word “triggered” very often; I’ve mostly viewed it as one of those generational trending words like “woke” and “diversity” that lose their intended meaning the more they’re used. But when I was watching the Oprah interview with Meghan and Harry, I have to admit, I was triggered. Because what Meghan was describing as a Black woman calling out racism in her white family — and subsequently being punished for it — mirrored my own experience as a Black transracial adoptee calling out the racism in my own white family. And absolutely being punished for it.

I’d been calling it out for years and family members would push back with either good intentions or knee-jerk defensiveness. But when my memoir, Surviving the White Gaze, was published last month, things escalated to a level I hadn’t anticipated; I was suddenly treated as a kind of Judas by my family.

“You got it wrong,” my father protested in an email, after reading only select excerpts of the book. “I did have a Black friend in college.” Never mind that the conversation I referenced in the memoir was about whether or not he had Black friends in high school and not having any Black friends as an adult. Or that it seems likely I would have remembered my father telling me about this Black friend had he stayed in touch with him over the years, or noted any lasting impact the friendship had on his life as the father of a Black child. My parents had made the very specific choice to live entirely void of Black community and culture and friends.

“I’m just feeling really protective of mom and dad right now,” my brother said, over the phone a few months ago, without having read any parts of the book at all. “And I get that,” I said. “But I’m just wondering if at any time you’ve ever felt protective of me?”

“No, not really,” my brother said, quiet but unfaltering. As someone who married and started his own family at 21, and who believes deeply in familial bonds, he had always been a very loyal brother to me and my older sister, and I said so more than once in my book. But I hadn’t meant “protective” in simply the older brother way; I’d meant it in the older white brother of a Black adopted sister way, which made his response even more heartbreaking.

It’s not about “airing dirty laundry;” it’s about grappling with racism in the context of people who love you (and who you love back), who are supposed to take care of you and shelter you from harm.

Any memoirist will tell you that writing about family who are still living comes with an emotional risk, raising questions of loyalty and issues of privacy, and that it’s essential to approach the writing with a radical sense of compassion. For transracial adoptees, though, the stakes are a bit different. Many of us both witness and are unprotected by the racism within our white families, immediate and extended. Just living fully in the world — stepping fully into our racial identities — is a personal affront, whether we write about it publicly or not.

Because it’s not about “airing dirty laundry;” it’s about grappling with racism in the context of people who love you (and who you love back), who are supposed to take care of you, shelter you from harm, and watch out for your livelihood. All against the backdrop of systemic racism in every pocket of America (which should matter to white parents of white kids, too).

My white adoptive parents adopted me, after having two biological children, because they wanted “another child” and believed in zero population growth. My father said that a child of another race “had great appeal” for them, either because this would mean less traditional hoops to jump through (children of color were easier to adopt, and my parents were artists without any conventional assets), or because of how lovely it would be from an artist’s curatorial perspective to build out their family with a beautiful, different-looking child. I think it was a little of both, and the chances of them seeing the actual race of the child they adopted were next to none.

It was easier to just see me as part of the family when I was small and naive, a child who loved to dance and perform and meet new people, generally outgoing and happy. But when I started to respond to the racism I experienced and saw all around me — either internalizing it, or openly struggling with what it meant — I was unrecognizable to them. As I grew into the Black woman I am today, in no small part because of the racism I have witnessed and endured, my family became increasingly distressed by my insistence to call out that racism … everywhere I see it.

“Not everyone thinks about race all the time,” my brother said, in a different phone conversation. “Don’t you see, though, how that is a choice for you, but not for me?” I responded. The silence from the other end of the phone gave me my answer. “Can you try to understand how critically important it is to me that you at least try to understand what I’m saying to you?” I could almost feel the distance between us growing wider. “We all know the world is unfair,” he finally said, dismissively.

Perhaps foolishly, I thought my white adoptive family would receive my memoir as a gift of sorts, as an insightful resource that might help them to see not just me, but also the scope and reality of racism in this country. Because why would they not want to know? They are my family. But they are also white, and in America — and apparently in England too — that means you get to choose whether or not you recognize and respond to racism.