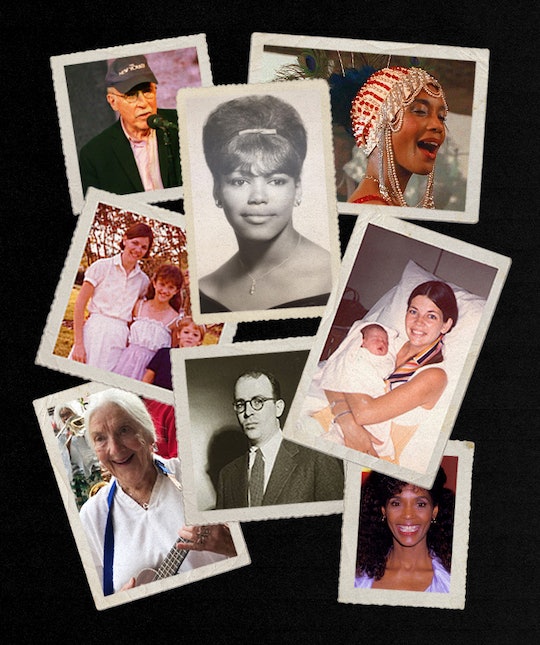 Has It Always Felt Like The End Of The World?

What our current moment feels like to the people who experienced the highs and lows of the last American century.

These past two years have felt like the end. Yes, you might as well call me Chicken Little. It has felt like the sky’s falling. With Covid, Karens, and climate change, it’s like we’ve been in a never-ending series of unfortunate events. Throughout history, though, in a way some of us youngsters can’t fathom, society has been through some things — maybe even worse than what we’re going through now.

Talking with a few oldies-but-goodies helped put the end-of-the-world mindset in perspective. For the most part, optimism oozed from our conversations. They talked about other moments in their lifetime when the country has felt unstable, how their parents parented through it, and the hope they have for future generations to turn things around. And, they’d want me to mention, they were all in agreement that kids playing outside (and off electronics) is the definitive answer. Here they are in their own words:

Anyone my age can remember a great many dark moments and frightening times — the Great Depression, Pearl Harbor and World War II, nuclear terrors, the Kennedy assassination, 9/11, and more — and with them the enormous unresolved issues of race and class. But now, the possible destruction of the planet almost dwarfs everything else at a time when our bitter political divisions have never been harsher.

My hope for future generations centers on my own family, especially my children, grandchildren, and great-grandchildren, all of whom I love and wish to be safe and reasonably happy and fully engaged. Our hope shifts to wonder as they one by one take up their lives and astound us with their personality and variety and industry and remarkable accomplishments. When I see them, I’m filled with hope.

I sadly feel that my beloved country is far from its best at present. I think we must all admit to ourselves our enormous and ongoing national failures. There are so many millions of lives that are desperate, for all kinds of reasons, and we cannot be easily proud of our country while shattering divisions continue.

I think I’m an optimist. I have to have hope. Once we get the climate under control, and solve some of our international problems, I do [have hope for the future].

My feeling is, we've been through a lot, a lot of things, but we've always come through. And so I'm sure that we will come out all right in the end.

My feeling is, we've been through a lot, a lot of things, but we've always come through.

Kids just can’t “go and do” anymore, though. When I was 6 years old, my mother went on the streetcar with me somewhere to show me how to go and then the next time I went on by myself. I roller skated all across Baltimore's then-North Avenue when I was oh, maybe 12 or 13. I don’t know how far that was, but it was all by myself. And we walked everywhere. We played in the streets, you know, and kids can't do that anymore.

I sometimes think about, do you ever do this? Do you look back... We celebrate Frances Perkins, the first secretary of labor. Frances Perkins put together Social Security, recognition of unions, wage and hour laws, health and safety in the workplace... the weekend! Frances Perkins was amazing. But look at the photographs that Frances Perkins is in. She is one woman in a sea of white men. She is the first woman cabinet member and she was appointed in the 1930s. Not the 1830s. So when you think about, from my mother to me, my daughter and my granddaughter, that's an extraordinary amount of change in this country. While some of that change is scary, the overall direction gives me deep and abiding hope.

I think if this was going on when I was younger, I would have said, ‘Oh, my God, probably the world is going to come to an end. I'm not going to see my grandchildren.’ But I believe the next generation, they just don't think like that. They think, ‘OK, this has happened. We're going through a turmoil. And we're going to keep going forward.’

I believe that by next year that we are going to see the light at the end of the tunnel. I really, I really do.

I think in the ‘90s, I thought things were really kind of turning around where people were accepting people for who they were. I thought we were all getting it together, you know? I just hate to see us in the situation we're in right now. It just didn't have to be that way. But I don't know, something has happened. And I'm very, very afraid for my grandchildren and my great-grandchildren. Because I want them to be just as much accepted as anyone else.

My mother, she always said, ‘You're just as good as anybody out there. So you hold your head up, and you just shine.’ And I think if my parents hadn’t told us that, and if my husband’s parents hadn’t told their children that, I don't know. We didn't see that Sally Sue could do something, but I couldn’t do it because I was Black. No, if Sally Sue could do it, then yeah, I could do it too.”

I can't do anything, but hope that your future can be whatever you want it to be. If you want to run for president, if you want to go for the Supreme Court. If you want to be a pilot. If you want to just be a senator — you can do it. My great-grandchildren can do that. And there's no holding them back. So that's why I have hope. I believe, even if I'm not here to see it.

I'm just in pain for this generation. When I was a girl I was always outside playing with my friends, and would come home when it gets dark. Right? There were no helicopter moms, for God's sake. I think they're glad to have us out of the house. It was jump rope and playing jacks and hopscotch — just constant socializing.

I pretty much parented like I was parented. I was the youngest of seven. And I had four kids. We lived on a cul-de-sac. There was a park right at the end of our street, and the kids went outside and played, like I did. They had bicycles and friends. And I don't know what the heck they did quite honestly. Probably out raising hell. I just want to weep when I think about what this generation is missing out on.

Polio was big when I was little. I know nothing compares to a pandemic, but the thing I come closest to is polio, where we couldn't go to the lake a few miles away and swim. Everyone was petrified of getting it. Kids were getting put in the iron lungs. Oh, it was terrible.

There was a park right at the end of our street, and the kids went outside and played, like I did. They had bicycles and friends. And I don't know what the heck they did quite honestly. Probably out raising hell.

The thing that bothers me is when a child can barely talk, and they've got an electronic gadget in their hand. They're programmed already at such a tender age to have this device in their hand and then it just grows and grows and grows. My big concern is that children of all ages really are losing the ability to know how to socialize, to engage, to meet another person and talk with them and exchange ideas.

I think the parents have to bring it around. That's a small thing. Changing the world as far as technology, globalization, and global warming and everything, that's huge. But parents can start at home at a tender age: Get their children on play dates and just have the kids play together, so that they want to be with other children; so they want that social life.

I don't have much faith in the future of the country. Therefore, I guess you could say that I don’t have much faith in the youth of today. They don't know how to talk, or most of them don't. All these machines they're on all the time — they don't communicate orally. Everything is by text or by email, or these other things I don't even understand: Facebook, Instagram, whatever. Even my own grandchildren.

I was a kid during the Great Depression, but I never knew there was a Depression there. I was very fortunate. My father had his own job. There was always food on the table, and if they were struggling because of the Depression, I wasn't aware of it.

I played baseball on a field that had rats running around. We played a game called stickball, wireball. We would throw a ball against the steps — stepball. We used to play touch football in the middle of the street, and every five seconds we had to stop because cars were coming back and forth. We stayed outside until it got dark and the parents started calling us to come in for dinner. They never worried about us.

If I took all the things we've talked about: the ability to play without fear, to go to schools without fear of guns and people coming in and shooting young kids. I would say, based on stuff like that, the country is not in good shape.

We have to have hope. Whether we feel it or not, we better generate it some kind of way. But I think young people, I'm very impressed. They're very much involved. I'm from the civil rights days when we were all getting together and protesting. The young people are more aware of what's going on.

History has a tendency to repeat itself. And we just can't be complacent about any kind of progress because it can be reverted. You've got to have goals. Otherwise, you remain the same. And if you’re remaining the same, you're going backwards.

The one time that I remember that I was so disappointed in America, I was in college at that time, and President Kennedy was assassinated. It was just so devastating to me because you think of those things happening only in third-world countries. San Francisco State is right near the ocean. And you get that fog off the ocean. The sky was dark. You usually see seagulls but there were all black crows flying over. It was just such an ominous day. It was like a Hitchcock movie.

Then not long after that, it was Dr. Martin Luther King, and it was like, “Oh my God, what's going on with our country?” Vietnam was when I was in college, and a lot of kids tried to avoid the draft by just going to other countries, to Canada. So it's like, we go through these cycles, it's almost like real estate, they say real estate goes up, and then it comes down. Then it goes up again, and then comes down.

History has a tendency to repeat itself. And we just can't be complacent about any kind of progress because it can be reverted. You've got to have goals. Otherwise, you remain the same. And if you’re remaining the same, you're going backwards. Because everything is always moving forward, and you want to move forward with it. Am I making sense?

More Like This
Why I'm Talking To My Teenage Son About Abortion — And Vasectomies
Yes, Your Young Children Belong At Abortion Rallies
Amid A Nationwide Shortage, Moms Are Using Social Media To Find Each Other Formula
Explaining My Terrible Tattoo To My Kids Reminds Me Of What I Owe My Mom