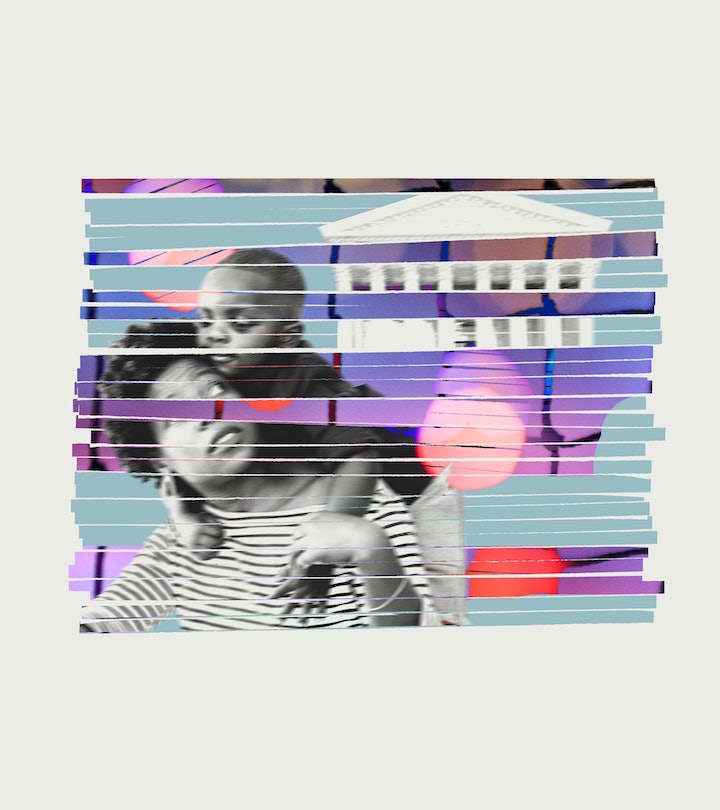 People joke about being “so OCD” all the time. This is different.

Hours after the shooting at Robb Elementary School in Uvalde, Texas, my mind raced as I drove to pick up my daughters, 6 and 3, from school and daycare in Nevada. I envisioned my girls trapped and terrified in an active shooter situation in their own classrooms. The excruciating scenario replayed over and over in my mind, becoming more gruesome with each passing minute. By the time I reached the school — where my children were safe and happy — I was actively fighting back tears and my heart was racing. My obsessive-compulsive disorder had gotten the best of me.

Being a parent with OCD is especially difficult right now. I’m not talking about being “so OCD,” a phrase most people misuse when what they really mean that they are conscientiously neat and organized. Actual OCD is a condition that interferes with the day-to-day moments of people who live with the disorder. It’s often called the “doubting disease” because it feeds on the smallest sliver of uncertainty. Obsessive-compulsive disorder causes regular distress, not just a momentary inconvenience. When I say I have OCD, this is what I mean. It’s a mental illness that I’ve struggled with since I was a child.

In addition to the obsessions revolving around my own well-being, I am constantly plagued with intrusive thoughts concerning my children’s safety. A little parental anxiety is normal. When kids jump on the furniture, sit too high on a teetering pile of toys, or play too rough in the bathtub, any parent worries that they may injure themselves. These concerns differ for me because I obsess over them. I ruminate on various nightmarish scenarios, giving them too much time and ceding control that determines how I parent. Roughhousing in the bathtub makes me fear for hours that my children will dry drown, compelling me to sometimes check on them after they’ve fallen asleep to make sure they’re breathing.

My mind operates in the extremes.

The possibility of injury while playing leads to a series of intrusive thoughts that replay in my mind in violent detail. I fight against performing specific behavior patterns, or rituals, that I lean on to counteract my worst fears from happening. My mind operates in the extremes.

Being in constant crisis mode as a global community doesn’t make it any easier as a parent with OCD. National and global news events are like kindling to my obsessive-compulsive disorder. Once I accepted that every cold and stomachache wasn’t going to be fatal to my children, the coronavirus pandemic began. When far-right political groups grew more active, parading down the streets with their guns, I became paranoid about the pro-police father who illegally carried his gun into the educational facility my children attend. I reorganized our pick-up and drop-off schedules so that we avoided him and thus, reduced our chances of being shot.

The recent decision by the Supreme Court of the United States to overturn Roe v. Wade invigorated one of my greatest obsessions: being taken away from my kids. I stood in the wake of SCOTUS’ ruling worried about parenting with OCD. With this loss of reproductive rights and bodily autonomy, I saw all the ways that this decision could impact fundamental parental rights. What if someone decides that my mental acuity is unfit? What if being diagnosed with OCD means that I could be considered a threat to my children’s safety? How long will it be until they take my kids away from me?

Even as I am writing this essay, I am battling OCD. Admitting particular inabilities or “deficiencies” as a parent means inviting unwanted scrutiny. To be frank, sometimes I resist talking about my mental health struggles even with family because I don’t want anyone to challenge my parental fitness or express a lack of confidence in my mothering. I struggle with incessant mental images of people chastising me in public — I don’t need that to be my reality.

Yet, here I am, sharing this with you because one way to stop my obsessions and expose them as unwarranted is to confront them. And one way to demonstrate that parents with mental health conditions can still care for their children is to openly discuss how we do it.

Playing with my girls grounds me and gives me a bit more perspective. I am able to pull myself up from the thoughts that are trying to overwhelm me.

First, when obsessional thoughts about my children begin cascading, piling on top of one another until it seems like doom is inevitable, I reassess my surroundings. I remind myself of where I am in the moment, what security measures are in place, and what specifically my children are doing. I get down where they are on the floor and immerse myself with them in the moment. Playing with my girls grounds me and gives me a bit more perspective. I am able to pull myself up from the thoughts that are trying to overwhelm me.

I’ve also started doing immediate risk assessment. If the news reports a disaster or mass casualty event, I research how close it is to me. Will it affect me immediately? Should I be worried about it right now? Sometimes turning my attention away from the news altogether and waiting until I’m less stressed or anxious helps me, too.

Most importantly, I am in constant conversation with my daughters about what’s going on in the world around them. The details I share vary based on their ages and understanding, but I’ve learned that informing them to some degree helps to reduce fear, build trust, and increase their preparedness. This also gives me another way to process what’s happening and how it realistically impacts our family.

While these methods help me stave off obsessions, they aren’t fool-proof. There will always be events beyond my control as a parent.

Six weeks after the school shooting in Uvalde, my oldest daughter was attending a summer camp at a school across town. The campus was gated with many visible security measures. I hadn’t even considered the possibility of something bad happening there. About an hour after I picked her up in the fifth week of camp, the school was evacuated. Someone had made a credible threat against the students and staff. With over 300 school shootings in the U.S. since the start of 2022, this threat was real and more immediate than most scenarios I had ruminated on in the past. Thankfully, my intrusive thoughts didn’t overwhelm me in the moment. When it came down to it, my main concern was my child’s well-being.

Whenever I talk to people without kids or parents whose own children are adults, they most often say some version of, “I can’t imagine having to raise kids now.” I can’t imagine it either, but I’m doing it. So many of us are. The stakes seem higher now, but we manage to give it our all. We can’t always control what happens to our children, but we have to let them go if we want them to thrive. We cannot let our fears or our obsessions keep us from raising those who need us the most.