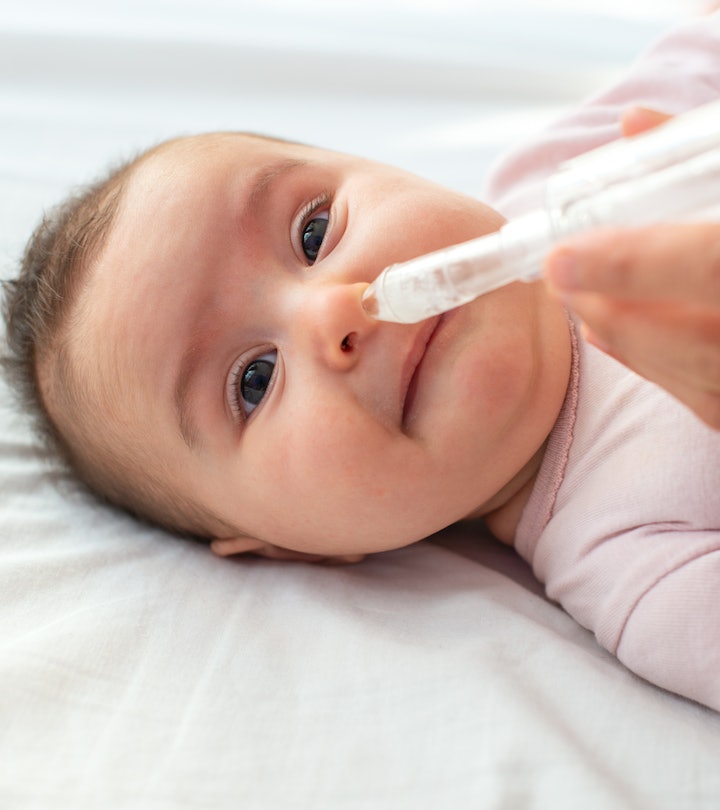 What To Know About Baby Congestion

This one’s for the parents Googling in a midnight panic.

The first time your baby wakes up with a stuffy nose is scary for every new parent. You want nothing more than to be able to blow their nose for them, give them a medicine that will open up their sinuses, or just absorb the sick from them and take it on yourself. Or, at the very least, to help them stop crying so their congestion won’t get any worse.

It also starts a whole flood of questions: Is my baby’s congestion from teething, a cold, or a virus? Is baby congestion serious enough that you should make a pediatrician appointment? How can you even help your little one feel better when so many medications are off limits to young infants?

First things first, if you’re worried about your baby and they don’t seem to feel well, you can always call your child’s pediatrician in the morning and get them in to be seen. That’s what doctors are there for! For tonight, rest assured, the cause of your baby’s congestion probably isn’t that serious. For now, go perform your parental snot sucking duties, then come back here for more answers.

Common Causes For Congestion In Babies

“The most common cause is nasal crusting from living in a semi-arid climate, like Denver. It’s particularly problematic in the winter months when the furnace is on,” says Kenny Chan, M.D., pediatric otolaryngologist at Children’s Hospital Colorado, in an interview with Romper. “Certainly, the common cold, RSV infection, influenza, and even covid can cause nasal congestion, but usually viral infections are associated with other symptoms like fever, nasal discharge, and cough.”

It’s much less likely, but there are certain anatomical problems that may lead to congestion as well.

“In infants, congenital issues, such as one-sided choanal atresia — lack of opening in the back of the nose — could cause nasal congestion,” Chan says.

When Should I Worry If My Baby Is Congested?

Chan said if your baby has any of those other symptoms — fever, cough, or shortness of breath — along with nasal congestion, it’s cause for a little more concern and warrants an ASAP visit to the doctor. While many viral illnesses just take time (around seven to 10 days) to run their course, it’s best to let a pediatrician look at your little one and make sure that’s what’s going on. For newborns who are congested, he recommends making an appointment whether or not they have any other symptoms, just to be safe.

How To Relieve Congestion For Babies

If you’re considering a grocery store run to stock up on anything that will help unplug your baby’s airways, you’ll find lots of options. Snot suckers, humidifiers, menthol plug-ins, and more are all available, but what’s actually effective and safe for wee little noses?

“Store-bought saline drops accompanied by an infant bulb syringe are generally enough,” said Chan. “For more efficient nasal suctioning, one might consider a nasal aspirator. Humidifiers — using cold mist — directly to the infant’s head may be useful, but the hygiene of the water reservoir needs to be maintained per manufacturer recommendations to avoid fungal contamination.”

More Like This
How Hot Is Too Hot For Babies? Experts Weigh In
Here’s How Many Calories You Burn When Nursing
20 Weird But Genius Health & Beauty Tools For Babies
There's A Good Reason Why Your Baby Is So In Love With CoComelon