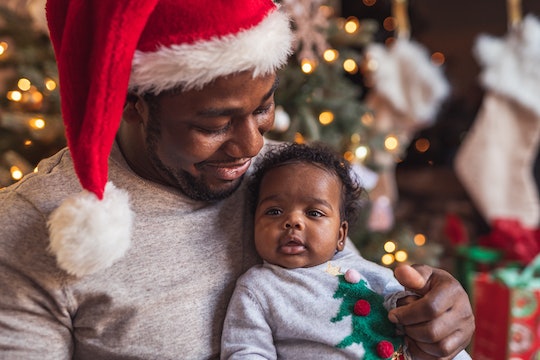 Werewolves & ghosts? Is this the right holiday?

Of all the dates a child might want to avoid for their birthday, Christmas Eve has got to be high on the list. First, you have to compete with Christianity’s superstar, Jesus Christ (and unless you’re a first grader who can turn water into wine, ain’t nothing gonna top him). Second, there’s the whole host of holiday trappings that happen each Christmas Eve. Maybe your family goes to Midnight Mass each December 24, which means you’ll likely share your b-day with a Christmas Pageant until you leave for college. But it’s not all bad. Some old wives' tales about babies born on Christmas Eve are actually pretty great.

But before we jump into the superstitious side of things, let’s look at some of the scientific data surrounding Christmas Eve. Turns out that December 24, according to Zippia.com, is a low birth rate day. Compared to the rest of the calendar year, not very many babies are born then. But that might be because lots of people are getting busy on that date instead, as the Atlantic reports that December 24 is the most popular conception date. Don’t ponder that too much, Christmas Eve babies.

Maybe because Christmas Eve babies are so rare, old wives' tales about them grew. Let's take a look at a few of the most prevalent (and if you're expecting some super festive predictions, you're in for a surprise).

More Like This
Can Babies Hear Fireworks In The Womb? Here's What Experts Say
22 Summer-Inspired Names For Your Totally Laid-Back Baby Boy
21 Roman Baby Boy Names With Ancient Appeal
The Zippiest Girl Names Start With Z

This article was originally published on Dec. 12, 2019