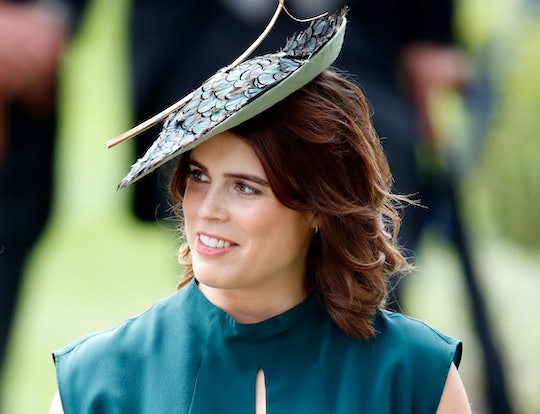 The baby name August is lovely, bright, and happy — and it's gaining even more popularity.

Baby name trends are weird. For literal decades, boy names like Noah or Liam will top the chart, but the girls trends ebb and flow more, with names like Jennifer being #1 for 14 years before falling down to about #400 over time. But you can get a sense of how a baby name will go once it's used for a celebrity (Mason went skyrocketing after Kourtney Kardashian gave birth to him on Keeping Up With the Kardashians in 2009), and I have a feeling the baby boy name August is about to have a serious peak.

Let's get nerdy with this, OK? The name August, all science aside, is absolutely darling. I think it's punchy and reminds me of a little boy with a popsicle stain around his lips wearing a smocked Peter Pan-collared romper on Easter. One that loves his red tricycle and pretends it's a fire truck. One you can call in for dinner by shouting, "Augie!" when he's digging for worms and "Gus!" when he's been upstairs reading. The name August means "great, magnificent," according to Nameberry, and has a Latin origin.

And when it comes to actual analytics, it is a name that has waxed and waned for literal decades. In the year 1900, the name was #144 on the top 1000 baby boy names from the Social Security Administration, and in 1901, it hit #141, which is the highest it's ever been on the list since. (These numbers only apply to babies born in the United States, but in 1901, that means 0.100% of all male babies born were named August.)

Since 1900, the name has stayed popular, never once falling off the top 1000 baby names list. The lowest it's ever been on the list was in 1983, when it hit number 930. The actual bar graph of the popularity of the baby name August is really, really interesting to see. The resurgence comes slowly, and builds up until 2019, where it was just 27 spots away from its most popular year in 1901. (That means in 2019, 0.124 percent of total male births were named August.)

I mean, that's not a ton of babies. Chances are, your little August will be the only one in his class. But if you want some names with a similar feel, you can try these on for size, too:

August also sounds like a very British name to me, but in all my digging, I've yet to find solid proof of its popularity in the UK. I did find that in a 2019 statistics report, the name August never hit the top 100. (And remember, it hasn't here in the U.S. either.) Nameberry reported that it's number 741 on England's top 1000 baby name list.

So in conclusion: we will... have to wait and see if Princess Eugenie and Mandy Moore are kicking the trend up a few notches. August has steadily climbed back up the charts, so it's not like it's out in the middle of nowhere, and other celebrities have used the name in recent years, including Mariska Hargitay in 2006 and Dave Matthews in 2007 (the name did go from #609 to #477 after those births). But I'm curious to see if throwing in a dash of the royal throne (August Brookbanks is now 11th in line) and the matriarch of This is Us all in two weeks makes August become a name like Mason, which literally jumped from #34 to #12 after Kardashian gave birth.