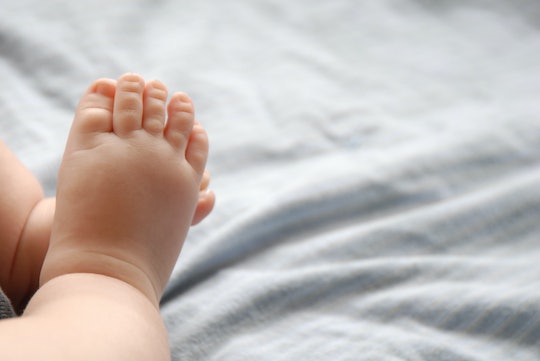 “I didn't expect this surprise,” and truly neither did we.

One of the first things we know about a new baby is their birth weight (after all, it’s not like we can know too much else about them at such an early stage). But while a baby usually clocks in somewhere in the mid-to-high single digits, a woman in Brazil recently gave birth to a 16 pound baby boy, the largest ever delivered in the Brazilian state of Amazonas, says the State Health Secretariat (SES-AM).

Cleidiane Santos dos Santos, 27, gave birth to Angerson, her sixth child, by C-section (thank goodness) on Jan. 18 at Padre Colombo Hospital. Santos told the Portuguese-language newspaper, O Globo, that she thought the baby was going to be smaller, though she does have a history of larger than average infants.

“I didn't expect this surprise,” she told the newspaper. “I thought it would be four kilos, but it came to seven kilos.” (It was 7.328 kilograms, actually, about 16.1 pounds: we’re not letting dos Santos skip out on credit for a single gram of this adorable enormous baby.)

While higher than average birth weight can be associated with some potential health concerns, such as jaundice, breathing problems, or complications due to blood sugar levels, Angerson is considered healthy. Santos went on to show gratitude to the hospital staff. “I want to thank the team at Hospital Padre Colombo, who have been giving me strength and treating me very well, since I arrived here,” she told Globo. “If it weren't for them, I don't know what would have become of me. So I thank each one.”

Dr. Artemisia Pessoa, an OBGYN at Hospital Padre Colombo told Globo the delivery was a “rare” and “risky” situation. “We are just feeling joy, satisfaction, and gratitude for everything having worked out in this case,” she said.

According to the American Academy of Pediatrics (AAP), the average full-term baby weighs between 6 and 9 pounds. But the weight can be affected by factors such as gestational age, the baby’s gender, the mother’s health during the pregnancy, the parents’ body build, multiple births, and the mother’s nutrition. Additionally, baby boys tend to be larger than baby girls.

Baby Angerson may be the biggest infant in the history of Amazonas, but he’s downright dainty compared to the Guinness World Record for heaviest baby. In September 1955, a woman give birth to a 22 lbs. 8 oz. baby boy in Italy.