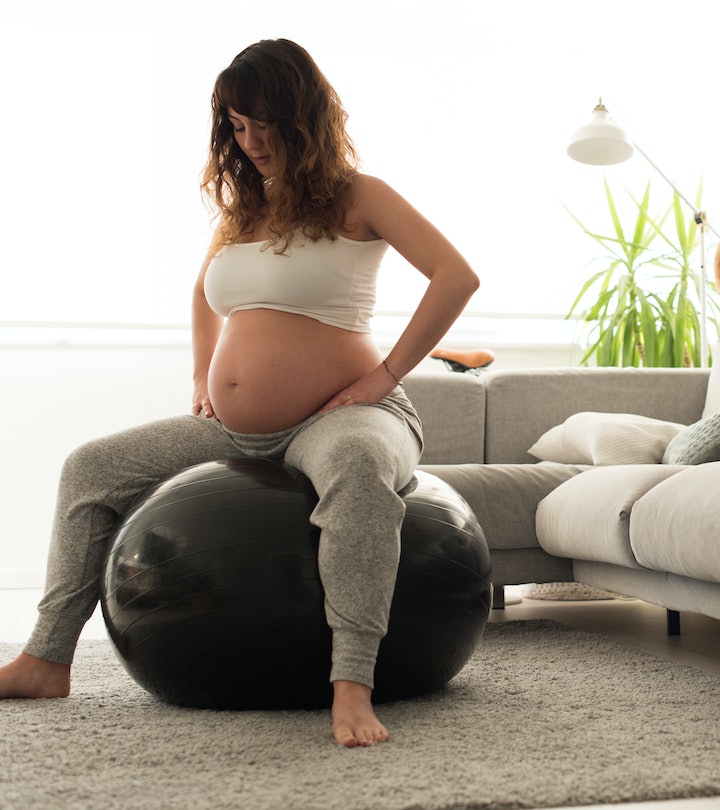 If You Don't Lose Your Mucus Plug, Here's What You Need To Know About Labor Starting

There is a lot that happens on the road to childbirth, and one of the most hyped up precursors to the big event is the loss of the mucus plug. But can you go into labor without losing your mucus plug? People have elevated it to some sort of timestamp on delivery, in the form of a huge mess in your underwear or the toilet. For all that it is discussed, there is still a lot of confusion about its role. Do you always discharge this mess? If you feel contractions, but haven't seen your mucus plug, does that mean labor is happening?

OB-GYN Natasha Chinn, MD, FACOG, of Brescia and Migliaccio in New Jersey, tells Romper you shouldn't fret if you think labor is happening, but haven't seen your mucus plug. "Yes, you can go into labor without passing a mucus plug. The reality is that not everyone has a true plug. Some have a thick circular plug and others just a copious amount of mucus.” Lucky.

Diamond Women's Center in Edina, Minnesota pretty much noted the same. The office described the mucus plug as "a collection of cervical mucus that seals the opening of the cervix. It keeps bacteria and infection from entering into the cervix, providing a protective barrier for the developing baby." According to the OB-GYN's office, only some women will lose their mucus plug or even notice losing their mucus plug before going into labor.

To those women who don't have a suction cup full of mucus, I tell you that you are fortunate. Because, according to Healthline, losing your mucus plug is not even that great of an indicator that you are going to be going into labor with any real haste. The website noted that it could be weeks between the time you lose that plug and the time you actually go into labor. That is a real bummer when you feel precisely too pregnant to be mobile — when you feel like your baby has stayed beyond what is polite.

I understand that mucus plugs are natural and amazing, and they do the important work of keeping dangerous things from reaching your baby when you're pregnant. But the fact that it's scientifically miraculous does not make me think it's any less gross, surprisingly.

So what should you do when you lose it? Certified nurse midwife Ruby Ristuccia wrote on the South Shore Health blog that while it might not be time to grab your overnight bag and camp out on the maternity floor waiting for your baby, you should hydrate, take frequent walks, and rest as much as possible. Because whether it's hours, days, or weeks, your baby is coming, and it's only a matter of time.

I lost my mucus plug before going into labor with my children, and let me tell you, it is a harrowing, messy thing. I lost mine on a Friday at about four in the afternoon. I went into labor the following Sunday morning, and delivered my son three hours later. 11 years after that, I can still recall how utterly grossed out I was by my mucus plug, but in the grand scheme of gross experiences of motherhood? It barely registers. (Come see me when your child has had the rocket poops across the center console of your car when you're trying to change their diaper, and we'll talk.)