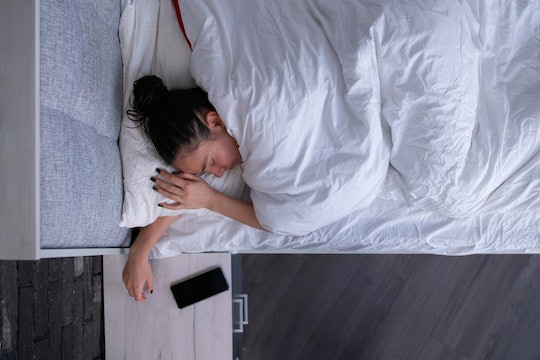 Twice a year, I see the same sentiment from parents both online and in-person: “F*ck daylight saving.” Daylight saving can wreck havoc with kid bedtimes, and formerly good sleepers can either wake up at 4 a.m. or take forever to fall asleep, sometimes for weeks. But it’s not just your kid’s sleep that’s ruined — yours might take a hit, too, and if you’re tracking your BBT in order to conceive, knowing how Daylight Saving Time affects your basal body temperature is critical.

What is basal body temperature (BBT)?

More commonly referred to as your BBT, basal body temperature is one of those things that you might know way too much about if you’re trying to conceive. The basal body temperature is your body's temperature at absolute rest. During your menstrual cycle, it will go through a series of dips and spikes that indicate the production of the hormone that triggers the release of the egg from the ovary, resulting in ovulation and the fertile period of your menstrual cycle, according to the American College of Obstetricians and Gynecologists.

Does daylight saving mess up your BBT?

All the advice about tracking your BBT tells you to take it at “the same time” every day, typically before you get out of bed. But this year, on March 13, when your phone says it’s 7 a.m., your body will still think it’s 6 a.m. Will that mess up your careful efforts? The good news is that it shouldn’t have much effect, and any effect should be limited to one day. According to Science Daily, your body adjusts to one time zone per day, and daylight saving is basically the equivalent of traveling through one time zone. Also, The Mayo Clinic notes that the more important thing about BBT is to take it before you get out of bed. When your feet hit the floor, your BBT starts to rise. No one wakes up at the exact same time every day, but as long as you’re taking it before you’re up and moving around, you should get fairly accurate results. Just be sure to take your BBT with the same instrument every day, and it should be done before your coffee, before your water, and even before you speak.

What can you do to make sure you don’t miss your fertile window during daylight saving?

If you’re expecting to ovulate right around the time of daylight saving, you can look for a few other signs that your body might be ready: cervical mucus (should be stretchy and clear), sore breasts, and mild pain near the ovaries are a few of the potential signs that you might be ovulating. The Sunday of “spring forward” goes by so fast that it’s not really worth trying to get anything done, so if you’re in the mood and want to make sure you don’t miss it, maybe you can squeeze in a little babymaking activity to that too-short weekend. There may be many reasons to dislike daylight saving, but it shouldn’t mess with your ability to conceive.

More Like This
Infertility As A Stepmom Means Double The Alienation, But So Much Love
Everything You Need To Know About Postpartum Blood Clots
All Your Questions About Getting Pregnant After A Tummy Tuck Answered
Here's The Best Time To Remove Your C-Section Tape

This article was originally published on November 1, 2017