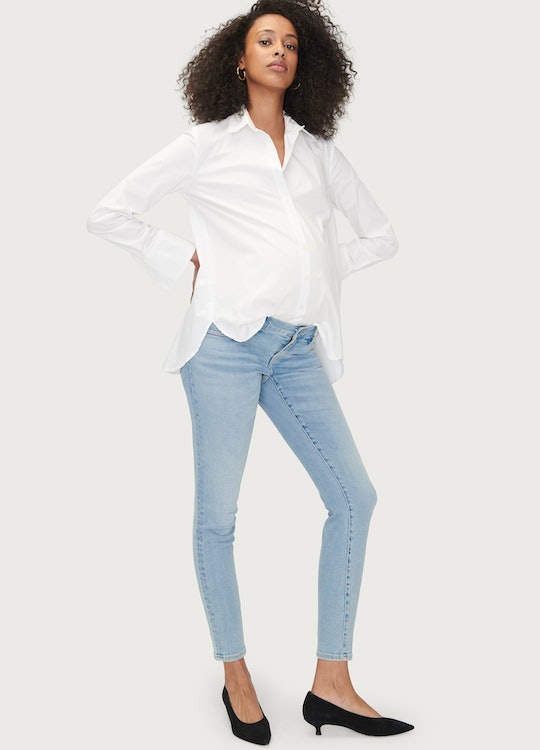 The HATCH Maternity Jeans Meaghan Markle Made Famous Are Finally Back

Just as stylish as before, but less expensive.

HATCH is well-known for its stylish maternity clothes, but it’s been nearly a year since they dropped their last denim line. For the last two years, though, designers have been low-key working on the new HATCH denim collection, and it’s finally live for mamas-to-be to start shopping. With several styles (including some classic celebrity favorites) and various washes, there is something for everyone.

HATCH dropped their new denim collection on Feb. 15 and it includes seven different styles ranging in price from $148 for the cutoff denim shorts to $248 for the same overalls that Olivia Wilde rocked during one of her pregnancies. While these prices are higher than some brands, they’re actually reduced by as much as 29% from the last time they were live on the site—but the quality is still as good as ever. And, the quality must be great because these maternity jeans have been seen on everyone from Gwen Stefani to Mila Kunis.

Other styles in the new HATCH denim collection include the fan-favorite crop maternity jean, the boyfriend maternity jean, the classic jean jacket, and the denim maternity shirt. Arguably, the most exciting product to make its return in the collection is the slim maternity jeans that Meaghan Markle made famous in 2019 (though, at the time, they were called the “nearly skinny maternity jean”). All of the pants in the collection feature HATCH’s under the bump "wedge" design waist, which is a comfortable alternative to full-panel style pants. Additionally, every style in the line is made from fabric consisting of 81% post-consumer cotton, and HATCH has extended its size offerings to 25-34 and XS to XL.

All seven styles in the new HATCH denim collection are available to shop online now. You should probably make a point to get them while they’re hot, though, because it’s very likely they’ll sell out sooner than later (and who knows how long it’ll be before we get the next collection?).