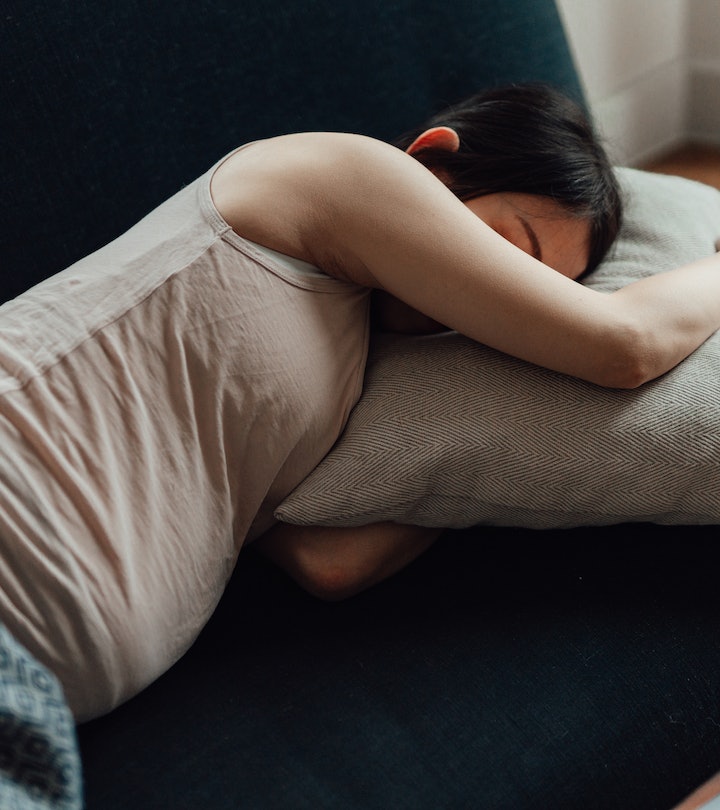 If You Have “Lightning Crotch” At 16 Weeks, You’re Not Alone

Cold comfort is better than none at all, right?

During pregnancy, nothing is quite as shocking as being woken up from a dead sleep by a strike of lightning (or a lightsaber) stabbing you in your vagina and your rectum at the same time. This unique sensation is known as “lightning crotch.” I’ve had the privilege of experiencing “lightning crotch” throughout my pregnancy, especially early in the second trimester, and now in the third. But what about “lightning crotch” at 16 weeks? It seems to be very common.

“Lightning crotch” at 16 weeks pregnant is a common complaint

“Lightning crotch” seems to strike particularly hard in the second trimester for a lot of women. And that’s understandable as there are a ton of different things going on in there while your body is growing a baby. “Lightning crotch” is caused by an increased blood flow to your pelvis and vagina, and it's also caused by an “enlarging uterus” says Dr. Diana Roth, an OB-GYN at Boro Park OB-GYN, and — though uncomfortable — it is not dangerous on its own. The reason you’d feel lightning crotch in your second trimester is potentially because your uterus is continuing to grow — along with your baby — and there’s still some increased blood flow happening down there. That’s also why they say some women have the best orgasms during their second trimester.

What causes “lightning crotch” in the second trimester?

Additionally, the increased blood supply down there can cause “varicosities,” i.e., dilated pelvic veins, which causes some sharp pains, says Dr. Jamil Abdur-Rahman, an OB-GYN. He also blames the hormone relaxin for “lightning crotch,” which is released all throughout your pregnancy. He notes that relaxin causes your joints, ligaments, and tendons — all of them — to relax throughout your body so your pelvis becomes more pliable and expandable for when your baby has to move through the birth canal.

For some pregnant people, at 16 weeks they could already be feeling their baby kicking or bumping into their cervix. This is called quickening, and that could be causing new discomfort early in the second trimester as well.

Lightning crotch: When to worry & when to call the doctor

Our experts agree, there’s no need to fret too much about lightning crotch at 16 weeks, unless it’s accompanied by abnormal discharge, bleeding, or a fever. That said, the discomfort alone is no fun. What can you do about this painful part of pregnancy? Taking Tylenol is OK, if the pain is lingering, Roth suggests.

While lightning crotch definitely sucks, don’t worry too much about it as long as you’re not having abnormal discharge, bleeding, a fever, a consistent backache, consistent contractions, or leaking fluid. It’s probably just your body stretching and “relaxing” to get ready for eventual process of labor and delivery. If you’re worried or the pain is very bothersome, it is always a good idea to call your health care provider to see what they think. It’s better to be safe than sorry, plus a little peace of mind definitely never hurt anyone — especially when it comes to being pregnant.

This article was originally published on April 25, 2018