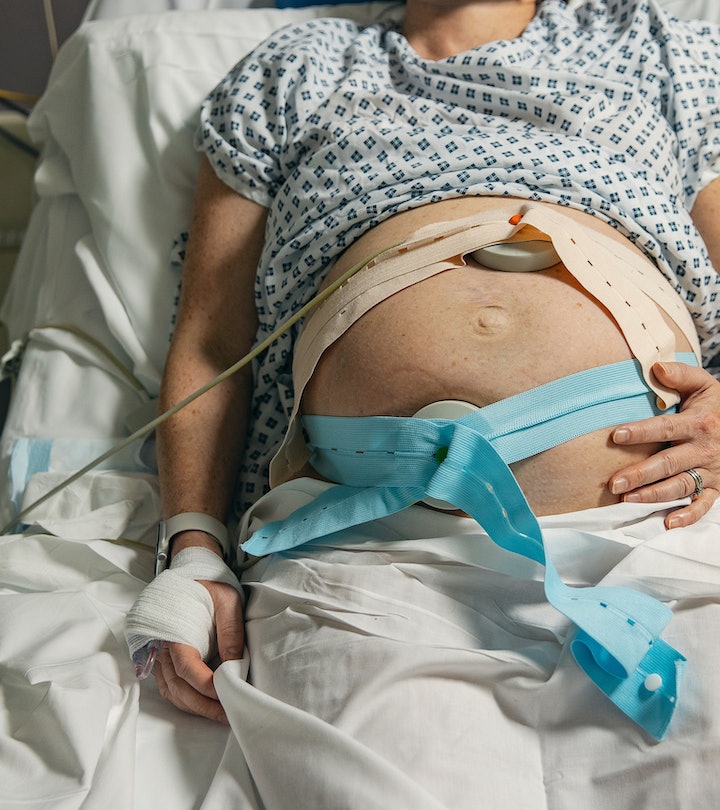 Pitocin Induction: What It Is & The Play-By-Play

Experts weigh in on this common way to induce labor at the hospital.

Most of the time, your birth plan doesn’t go as, well, planned — but sometimes if you’re very lucky, it can. Either way, there are things to know about Pitocin induction whether your induction is scheduled or unexpected. No matter what the reasons are for you, Pitocin induction is a very common practice used by labor and delivery departments all over the United States. But in case you’re worried and/or need more information to make informed choices, here’s what Pitocin is, how Pitocin works, and when you can hold your baby in your arms after a Pitocin induction.

Remember oxytocin? That feel-good hormone that gets everything started and dilates your cervix? Well, the drug Pitocin is the synthetic form of that hormone. Oxytocin, also known as the “love hormone,” is released during times of physical intimacy, fostering feelings of love and connection with our partners, and it’s produced by the pituitary gland in your brain, explains Dr. Idries Abdur-Rahman, M.D., OB-GYN.

“Pitocin is used to induce labor because it causes the uterus to contract and shorten labor duration. It also increases the strength of contractions and may help to speed up delivery,” says Dr. Daniel Boyer, M.D., of the Farr Institute.

“Oxytocin is released during labor, stimulating stronger uterine contractions,” says Abdur-Rahman. “And it is also released after delivery, stimulating the release of milk from the milk-producing glands of the breast during lactation,” he says.

As the synthetic form of oxytocin, how does Pitocin work exactly to get labor started?

Why is Pitocin used to induce labor and how does it work?

“Pitocin works in two ways,” says Abdur-Rahman. Pitocin is used to induce labor because it “closely mimics” oxytocin by producing contractions in the uterus, stimulating contractions and labor, Abdur-Rahman explains. “Oxytocin also causes the body to produce more of another type of hormone called prostaglandins, which also stimulates labor,” he says.

“Pitocin is also used to augment the labor of patients who have gone into labor spontaneously when their contractions are not strong enough or when labor isn't progressing as expected,” Abdur-Rahman adds.

Pitocin induction timeline: how long does it take?

Abdur-Rahman says that 99% of the time, Pitocin is administered through an IV, and it’s done in an “escalating manner.” It starts at a low dose, and is increased every 30 minutes in small increments until the patient is contracting regularly every 2-to-3 minutes.

As far as how soon you’ll have your baby in your arms after having Pitocin started, Abdur-Rahman says it depends on the person, and that the duration of labor can range from a couple of hours to more than a day. Boyer says that the age and health of the mother are other potential factors that come into play when trying to determine how long you’ll be in labor once Pitocin has started.

As soon as that Pitocin starts, that is just another step in the process of getting your baby in your arms sooner. As with anything to do with labor and delivery, the decision lies with you and your healthcare provider. So come into your appointments with knowledge to discuss what birthing option works best for your situation.

Dr. Idries Abdur-Rahman, M.D., OB-GYN, author of Everything You Ever Wanted to Know About Pregnancy (But Were Too Afraid or Embarrassed to Ask, and one-half of the Twin Doctors from TwinDoctorsTV.