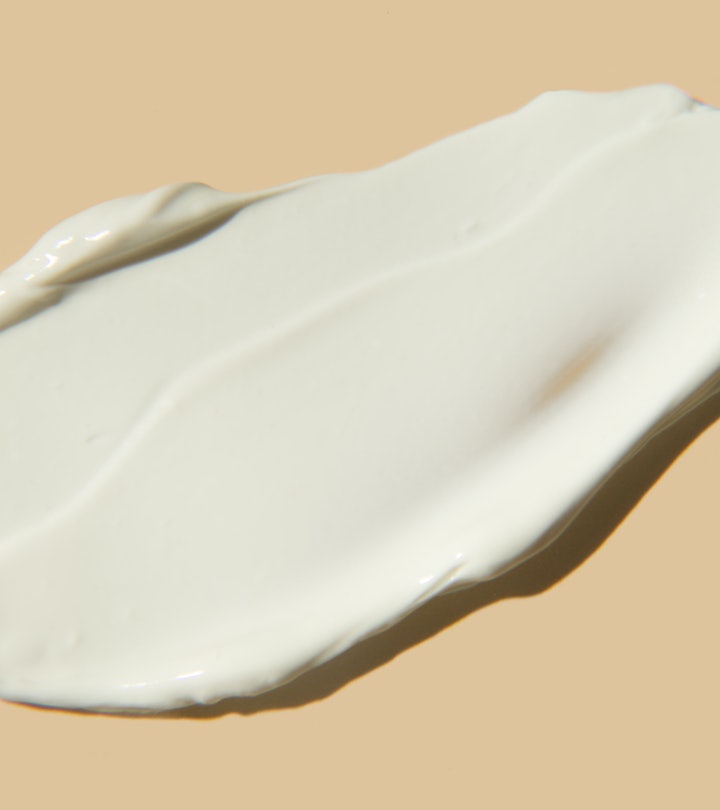 There are safer ways to remove hair when you’re expecting.

You may be thinking about how to remove body hair (if that’s something you choose to do) in a way that means you don’t end up with a bunch of annoying in-grown hairs. If you usually reach for hair removal creams (like Nair, for example) and you’re expecting, you may be wondering if if there’s a safe hair removal cream during pregnancy. The short answer is that even if certain brands say they’re pregnancy-safe, many doctors still do not recommend hair removal creams in pregnancy (and you should also skip laser hair removal). But the good news is that there are plenty of other safe ways to remove hair while pregnant.

How do hair removal creams work?

Also known as depilatory creams, hair removal creams actually dissolve hair by breaking down the keratin structure that gives hair its shape. This is why the hair feels gelatinous when you wipe it away after using Nair or a similar cream.

These creams work at the shaft (unlike waxing or sugaring which pull hair from the root).

Are hair removal creams safe to use during pregnancy?

“I do not recommend hair removal creams,” Dr. Marina Peredo, M.D., board-certified dermatologist, tells Romper. “There are no studies or evidence that proves they are harmful while pregnant, but it is best to avoid them until after you give birth, since we’re not sure about systemic absorption of the chemicals.” Basically, there haven’t been studies that show that they’re unsafe, but there also haven’t been studies proving their safety.

And then there’s the smell. Your nose is probably extra sensitive these days, and to put it mildly, hair removal creams do not smell good (this is because the chemicals attack sulfide bonds — aka sulfur — giving it a distinct rotten egg smell).

How can I safely remove hair during pregnancy?

I get it: once you get to that pregnancy stage where you can’t really see your legs or bikini line when you look down, you may be wanting to remove hair in a low effort way (or you know, just let it flow).

“The safest way to get rid of the hair during pregnancy is just shaving it,” Peredo says, and adds that waxing or sugaring is fine too as long as it’s not too irritating. When asked if there is any way to use depilatory creams in pregnancy she says it’s better to use alternative methods like shaving, waxing or threading.

When removing body hair in pregnancy, you’ll want to make sure to use pregnancy-safe products that won’t irritate your skin. Dr. Peredo specifically recommends Aveeno shaving gel, which is made with vitamin E and oat, which can be soothing to the skin.

Aveeno Therapeutic Shave Gel
Amazon
Made using vitamin E and oat, this shaving cream is formulated for sensitive skin and has no added fragrance. It leaves skin feeling moisturized and won't clog pores.
Flamingo 5-Blade Women's Razor
Target
This set includes a handle, two five-blade razor cartridges for a closer shave, and a suction shower holder. At $8.99 for a pack of four, the blade refills are more affordable than most.

“This razor has five blades which is great because it will give you a closer shave,” Peredo says of The Flamingo razor. “Using a higher amount of blades when shaving is better for a smoother shave and you are less likely to cut yourself.” Below, the Athena Club razor also has five blades for a close shave. One of the nice things about Athena Club is that it’s a subscription model where a set amount of blades ship to you either every two, four, or six months.

The Razor Kit
Athena Club
The Athena Club razor has five blades for a close shave. Choose from nine fun colors for the handle. Blades are shipped on a schedule of your choosing and range in price from $2.25 to $3 a blade.

As for waxing at-home, Peredo says the below waxing kit is a good option if you’d rather not shave, however, above all, she recommends going to an experienced professional for waxing.

Flamingo Body Wax Kit
Target
This set includes 28 wax strips, six soothing post-wax cloths, and instructions. The strips are ready-to-use and do not require heating. They're dermatologist-tested and free of artificial dye and fragrance.

While it’s best to skip hair removal creams when you’re pregnant, there’s plenty of safe ways for expecting moms to remove body hair, including shaving, waxing, or sugaring. Just be prepared that at some point in your pregnancy, you may have to enlist the help of a professional (or a very dear loved one) to help you remove the hair you can no longer see.

More Like This
When Does Pregnancy Horniness Kick In?
Barre Could Be The Low-Impact Prenatal Workout You Need
OB-GYNs On How The End Of Roe Changes How They Can Care For Us
Is Swimming Safe During Pregnancy? Here’s What To Know