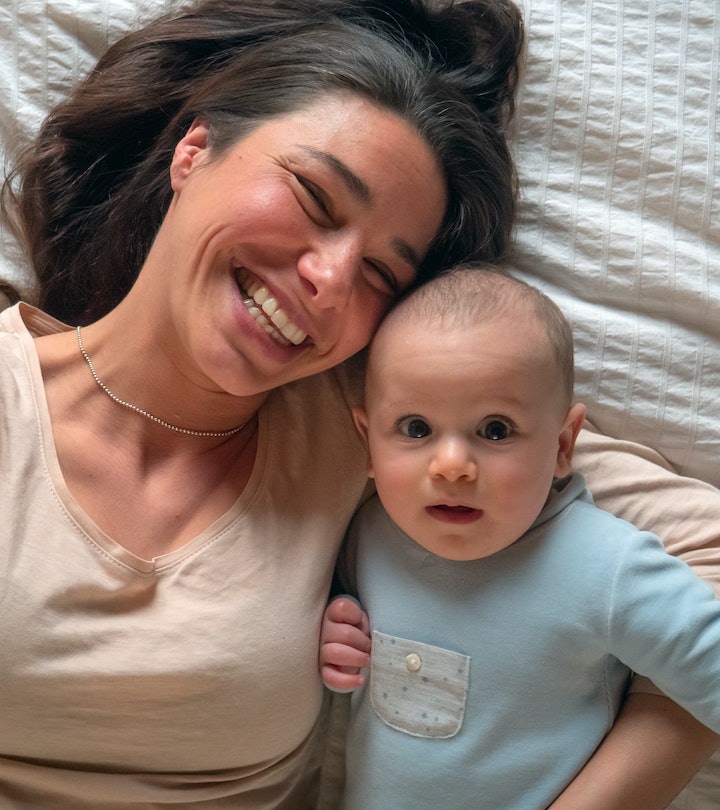 For pregnant people, expert information, support, and access to great care are generally funneled into various providers and systems. A person might lean on their OB/GYN for information about what to expect when expecting, but get mental health support from a friend or counselor. Meanwhile, they’re left to do a lot of their own research on all those thousands of questions related to birthing, postpartum, and eventual child rearing. Enter Seven Starling, a new digital health platform that launched in the fall of 2021 with the goal of guiding and supporting people during their entire perinatal journey from pregnancy to the postpartum phase.

What is Seven Starling?

What that means is members get placed in small groups that meet virtually as early as conception to a year after delivery and are led by vetted doulas. They get access to evidence-based guides to their pregnancy, and can chat anytime with any expert about any questions pertaining to pregnancy and postpartum life.

Why is it called Seven Starling?

“Seven Starling was inspired by starlings, a type of bird,” says Beilinson. “They’re most well-known for creating these shape-shifting formations in the sky. They’re really beautiful and for us, and the way they stay cohesive is by following the seven closest neighbors, which is a really cool rule in nature called the power of seven. We were inspired by this concept of creating something bigger than yourself and the power that comes from that.”

“We all had different challenges with women’s health and we zoned in on maternal health because it’s so underserved and archaic and saw an opportunity to make a difference there,” says Beilinson. “Maternal health outcomes are continuing to get worse and the racial inequities that exist, we need all of the minds to focus on this problem to address it.”

How does it work?

For a membership fee (which you may cancel at any time), Seven Starling connects you with a maternal care expert, often a doula.

“You get connected with a perinatal expert who will guide you through the entire journey,” says Beilinson. And you don’t have to sign up the minute you discover you’re pregnant. You can purchase a membership at any phase of your pregnancy or postpartum cycle.

“You also get paired with expecting new parents in the same stage,” says Beilinson. “Typically within a few weeks of your due date. The entire experience is guided by our proprietary curriculum.” This covers physical, mental and psychological well-being.

“You meet every two weeks live for a session guided by the perinatal expert, a doula or social worker depending on the state you’re at. You also have access to our app with information as well,” adds Beilinson.

How much does it cost?

The cost to become a member is $37 a month. The idea is to make prenatal and postpartum care more affordable. Hiring a doula can cost as much as $1,500, Beilinson says, adding that her partners at Seven Starling was designed to be accessible to larger communities.

Seven Starling is accepting members now. In addition, you can gift a membership to friends and family.

Ready to build your own virtual pregnancy support network? Check out Seven Starling to get started.

More Like This
Pelvic Pain During Pregnancy: What Causes It & How To Deal With It
37 Summer-Inspired Names For Your Totally Laid-Back Baby Boy
52 Beautiful Baby Names that Mean "Blue"
52 Short & Sweet Middle Names For Girls