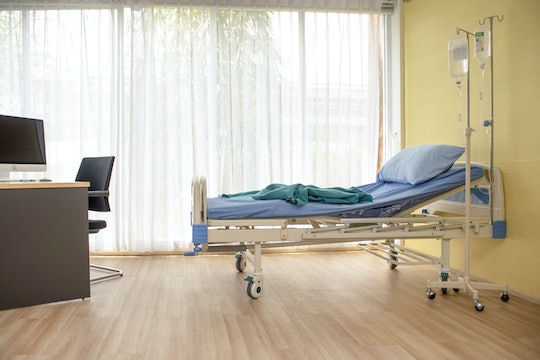 I am so tired of feeling like we have to argue for our humanity and politicize our pain — especially when it accomplishes nothing.

Here we are once again, with abortion restrictions on the front page, but this time facing the real possibility that Roe v. Wade will be overturned. With each restrictive state law that passes and every hypocritical statement made by an allegedly “pro-life” politician, women everywhere get ready to pull their personal histories, dust off their private experiences, and bare their emotions for all to see.

Why is it that the only way to get people to care about the human cost of abortion is to put our pain front and center?

Whenever a fresh assault on a woman’s right to choose comes through (Texas passed SB8, and Mississippi adopted a ban after 15 weeks, to cite just two recent examples), I follow the same thought pattern. Perhaps if I shared my own story, I think, it would personalize the issue — for those who claim to genuinely care about women and even for members of my own family who are cheering the passage of each of these laws as a victory for life. I have a legitimate voice; after all, I’m a mom, too. Maybe, just maybe, I hope, if they could attach a face they know and love to the issue of abortion, it would enable a deeper understanding, more empathy, or a new way forward. In my own way, perhaps I can help make the political personal.

But then I discard the thought almost immediately. Abortion isn’t painful for everyone. But it was for me. And emotionally wrought. And an immense relief. It was complicated. Intensely personal. And frankly, no one else’s business but mine.

For some women, sharing the stories of their abortions is cathartic and necessary — I support them lifting their voices and applaud their bravery. But for me, it has always seemed an unnecessary evil. Look, I’m a writer. I know every good story needs a protagonist and the kind of details people are curious about. How many weeks along was I? Was I married or single? Was the pregnancy wanted or unplanned? Was there a “fetal abnormality”? Readers want the kind of relatable specifics that might move them to empathize with me, or compel them to change their minds. Perhaps, somehow, one of those answers would encourage someone to think, “Wow, that could have been me.”

Abortion restrictions don’t take women and what they want or need into account at all. No one should have to argue for their own humanity, but it’s the position we are put in again and again.

But the thing is, I don’t want to tell you those details. They are mine and mine alone. And I resent the fact that in order to create empathy and understanding for other women seeking abortions, whatever their reasons, I would be required to meet some voyeuristic need, to wear my emotions — my pain, my relief, my choice — on the outside for all to see.

And even if I were to answer those questions, to bare my soul in black and white and prime my memory for the most heart-wrenching details, I’m not sure it would even matter. Nearly one in four American women will have had an abortion by the age of 45 and many of them will choose to speak out. Their versions of events can and do help others feel less alone — I sought them out myself, once — but I’m not sure they have the desired effect on the people whose feet are firmly planted on the other side of the debate. The human stories behind abortion are no more than a quick Google search away, yet they have done little to convince conservatives — or even Supreme Court justices — to care about the women behind each statistic.

But abortion restrictions don’t take women and what they want or need into account at all. No one should have to argue for their own humanity, but it’s the position we are put in again and again.

What I am comfortable with sharing is this: I was lucky, extremely lucky. I’m American but live in the United Kingdom, where abortion care is free. I had supportive doctors and an emotional safety net in my husband and parents. When I got to the clinic, there were no protesters outside making me feel guilty or ashamed. The staff were kind and sympathetic.

In the preparation room, I sat next to a 16-year-old girl. We were there for many hours together, silent at first, but eventually we couldn’t help but strike up a conversation. She told me that she didn’t even know she was pregnant until she was eight weeks along — not that it would have mattered, as she lived in Ireland, where, until 2018, abortion was illegal. It took her many more weeks to find help, in the form of a nonprofit that would help pay for her costs to travel to England for the procedure. She couldn’t tell her parents; they thought she was staying with friends. But instead she was sitting with me.

She was alone in her pain and I was alone in mine, but in that brief moment she shared her story with me, we both felt less alone.

I took the bus home afterward and ate cake. I had paid leave from work and appropriate time and support to recover. I cried a lot for a while, then I felt better. And never once have I regretted my decision, or stopped being grateful that once I had made it, the practicalities of the process were as smooth as possible.

I can’t help but think of all the women in Texas, Mississippi, and the many other parts of the United States and the world whose experiences have been and will continue to be vastly different. My heart aches for the politicization of their personal pain and all the ways our stories, though they might make them feel less alone, won't help them.