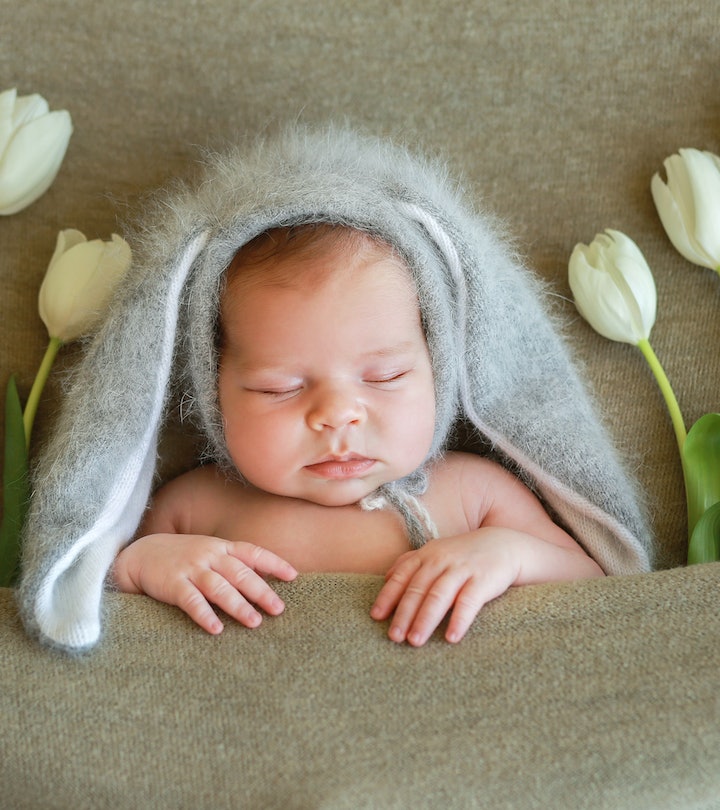 Clearly you have to nickname them “bunny,” for one.

Even though it may feel like it’s oh-so-far away, especially if you’re living in the northeast, spring will be here before you know it. The “official” first day of spring this year is March 20, regardless of what the weather is like — so, yes, even if it’s snowing. If you’re pregnant and your due date is on or around March 20, consider your little one a springtime baby. And being born on the Spring Equinox has to mean something special, right? Giving birth on the first day of spring sounds sweet enough, but here’s what it could mean if your baby is born on the first day of spring.

I mean honestly, how ironic that during a time of rebirth and growth you’ll be bringing a new life into the world. Will your baby’s favorite time of year be the springtime well into adulthood? Maybe your baby will be the ultimate “flower child,” or even just have a super green thumb. Other than it being slightly warmer when you leave the hospital, what else can you expect?

What Does The First Day Of Spring Mean?

Officially called the “vernal” equinox — in the Northern Hemisphere at least — the first day of spring feels extra special after a long winter. According to the Old Farmer’s Almanac, the term “equinox” comes from two Latin words, which together mean “equal night.” That makes sense, since during the equinox, the length of day and the length of night are both nearly equal all over the world.

The spring equinox marks the end of those chilly winter days where the sun sets by 5 p.m. After the equinox happens, the Northern Hemisphere tilts toward the sun, and each day will be a little longer and a little sunnier.

What Does It Mean If Your Baby Is Born On The First Day Of Spring?

According to Time, if your baby is born in the springtime — March, April, or May — they’ll “score high on the hyperthymia scale.” While this sounds a lot like something bad, like hypothermia, this is actually an awesome thing. The article noted that hyperthymia is “general optimism — the ability to see every down as a prelude to an up, every market crash as a run-up to a boom.” Unfortunately, the article noted, they’re also more susceptible to clinical depression, the complete opposite of hyperthymia.

If your baby’s birthday is March 20, that means your baby’s sign is technically Pisces, but on the Pisces-Aries cusp (Pisces season ends on March 20, and Aries season officially begins March 21). As a water sign, Pisces are known for being emotional, empathetic, creative, and intuitive. They’ll also be artistic, connected to music, generous, faithful, and wise. Weaknesses include being overly trusting, sad, and fearful, and can even be more susceptible to being a victim or a martyr. Additionally, as they get older, they’ll be hopeless romantics, always put their friends and family first (above their own needs), and will live a “dreamy” lifestyle when it comes to careers and will like work where “their creative skills will come to the fore, even better if it’s for charity.”

In addition to welcoming a warm and comforting climate filled with growth and rebirth, if your baby is born on the first day of spring, it looks like their personality will match spring traits, including being romantic, having a “dreamy” lifestyle, and having a warm presence and sense of self. Plus, it will be nice to have a new season of change and growth for your family as the world warms up and becomes a bit more cheerful and bright — traits spring usually brings.

This article was originally published on March 17, 2018