Alfred R. Fuente is a new dad based in Brooklyn and an attorney in New York. He attended American University Washington College of Law in Washington, D.C., where he was a member of the American University Business Law Review. He also earned two Masters degrees from l’Universite de Paris – La Sorbonne and a B.A. from Florida State University. Prior to private practice, Alfred served on the reelection campaign of President Barack Obama, one of the great honors of his life and also where he met his wife. He also served as an Associate Director at Cushman & Wakefield, a commercial real estate services firm, in Paris and New York. He is fluent in English, Spanish, and French. You can follow him @alfredfuente. 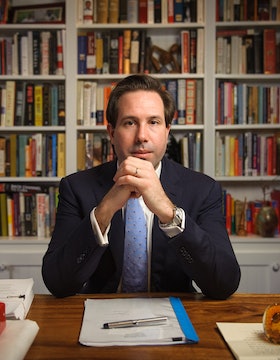 If A Job Won't Allow Dad Time Home With Baby, He Should Quit