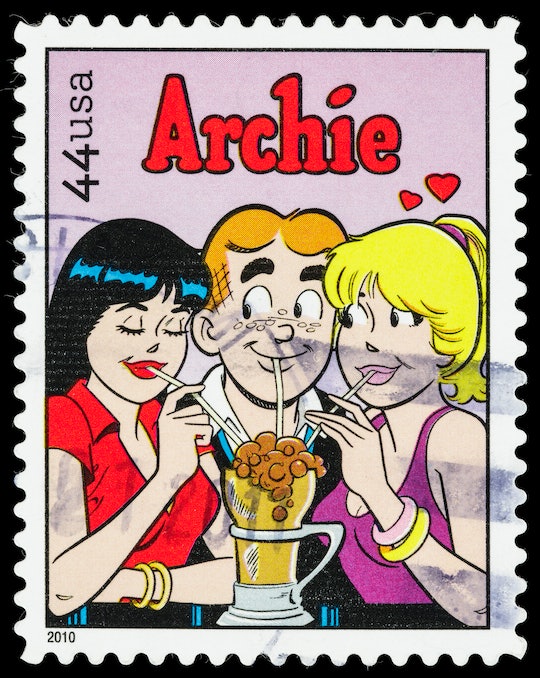 This 1997 Archie Comic Predicted Kids Would Be In Remote School in 2021. Really.

And props to Veronica for creating the novelty Zoom background.

Who knew comics could see into the future? Like this 1997 Archie comic that predicted what school would look like in 2021. And while the outfits might not be exactly right, the whole remote learning thing was incredibly accurate. Eerily so.

On Tuesday, the Archie Comics Twitter account shared a throwback Betty comic from 1997 called “Betty High School 2021 A.D.” The comic, which was number #46 in the series, saw Betty being reminded by her parents that she needed to get ready for school. Betty and her parents were all dressed in sort of hilariously futuristic outfits that would definitely not pass muster with those Gen Z style taskmasters of TikTok. I mean, they won’t even let us wear our skinny jeans for Pete’s sake.

Other than the outfits, the entire scene is so 2021 that it feels sort of impossible someone wrote it in 1997. Betty tells her mother to relax, “I still have all of thirty seconds!” Then her dad says, “kids today are so lucky! They’re able to go to school in their own homes!” He goes on to add that they “never have to carry books to school and they never have to worry about the weather!”

Cut to Betty sitting in her room in front of a computer with the message “video monitor must remain uncovered at all times.”

Archie Comics are out here predicting the future.

Social media users were flummoxed by how accurate this comic was all the way back in 1997, with or without the questionable outfits. As we know all too well, the coronavirus pandemic has seen kids learning remotely for much of the past year, much like Betty is doing. How did they know back in 1997?

People are shocked by how on the nose this comic is, as this Twitter user pointed out, “That comic is shockingly prescient about online schooling: ‘Video monitor must remain uncovered at all times.’”

Apparently we have Veronica to thank for customized Zoom backgrounds.

Another social media user noted that, while the remote learning situation looked familiar, the comic didn’t quite capture the emotional element of remote learning, “Ha! That’s pretty close. Except for the entire emotional context around it. And the hardware.”

Archie Comics are not the first to predict the future; The Simpsons predicted Donald Trump would be president, among other things, and The Jetsons predicted a myriad of technological advances, although we’re still waiting on those flying cars.

But there’s something about seeing a comic from 1997 so accurately depict remote learning that feels special. Or bizarre. I can’t tell but either way it’s interesting.