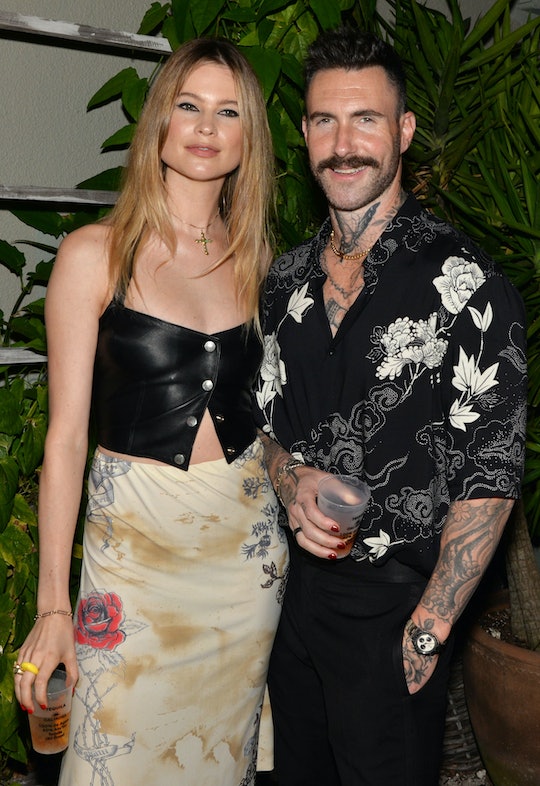 Adam Levine & Behati Prinsloo Are Expecting Their Third Child Together

They’ll be their own little Maroon 5 family.

Adam Levine is going to be a dad for the third time. People has reported that he and his wife Behati Prinsloo are expecting their third child together, making 5-year-old Dusty Rose and 4-year-old Gio Grace big sisters in the near future.

While the couple have not yet officially confirmed that they are going to become parents again, model Prinsloo was seen in Santa Barbara on Monday with a baby bump while out for lunch with her husband, according to People. And back in November, the mom of two spoke to Entertainment Tonight about her desire to give Dusty and Gio a little sibling. At least one, in fact. “We always knew we wanted a second one. So I think for me in those two years, when I had two babies under the age of 2, I was just like, 'Don't even think about it!' But I do also want five kids, but don't even think about it.”

She went on to tell the outlet that the pandemic was shifting her perspective about adding to her family, “I think it's just kind of where we are in our life. And with Covid too, I was just seeing [Dusty and Gio] together, I'm like, 'Maybe we should have a third just to have more kids,' because it was so sweet to see [them together]. But then I don't know. Never say never.”

The Maroon 5 singer has long been open about how much he loves being a dad, so it is perhaps no great surprise that he and Prinsloo are reportedly expanding their family. So much so that he walked away from his gig as a coach on The Voice in 2019 to have more time at home with his daughters. In an interview with Ellen DeGeneres at the time, he admitted that he was “obsessed” with his two children and focused on spending as much time with them as possible. “I know that is a good thing because they are my children but that is why I don’t do much because I love hanging out with them,” he said at the time.

Levine also told DeGeneres that he wanted more kids. “I want a lot. I thrive in chaos. I really genuinely enjoy it.”

It looks like their plans are all coming together for them.

More Like This
Chrissy Teigen Says Her Pregnancy Cravings Are "Comical At This Point"
Chrissy Teigen Says She’s Come To Understand She Had An Abortion To Save Her Life
Blake Lively Revealed She's Pregnant With Baby #4 In A Sparkly Dress & Sky-High Heels
Nick Cannon Announced The Birth Of His 9th Child, A Daughter Named Onyx