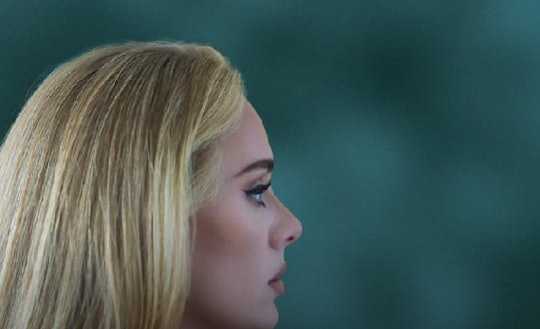 “Single moms across the world are crying this morning listening to Adele.”

After much anticipation, Adele released her new album 30 on Friday, and single moms should be prepared. It’s an emotional roller coaster of monumental proportions. Particularly her song “My Little Love,” written in tribute to her 8-year-old son Angelo. This song includes voice notes the singer recorded when she was trying to explain her divorce from Simon Konecki to her son, and those voice notes in particular will strike deep at the heart of any single parent listening.

The “Easy On Me” singer and Konecki ended their relationship when Angelo was just 6 years old, and she has admitted that she struggled immensely with her divorce. Particularly as it affected her son. “My son had a lot of questions. Really good questions, really innocent questions, that I just don’t have an answer for,” she recently told British Vogue.

Which is why she decided to write songs about the experience, in an attempt to explain a very adult situation to her very young son. “My Little Love” is a love song written from a mother to her child. An honest reckoning, a plea for forgiveness for being human and fallible and making mistakes.

Adele wrote a love song for her son.

So many of the lyrics of this song will resonate with single parents who feel confused and guilty and heartbroken after a divorce. Like “I don't recognize myself in the coldness of the daylight/So I ain't surprised you can read through all of my lies/I feel so bad to be here when I'm so guilty/I'm so far gone and you're the only one who can save mе.”

The song also includes voice notes of conversations she had with Angelo, one of which is especially heartbreaking. In it, Angelo tells his mother, “I feel like you don't love me,” and she responds, “Why do you feel like that?” When Angelo asks, “Do you like me?” Adele tells him. “You know mummy doesn’t like anyone else like I like you, right?”

Adele has a seriously tender moment in the song with her son when she tells him, “Mummy’s been having a lot of big feelings lately, I feel a bit confused,” but she reassures him later in the song that she loves his dad because “he gave you to me. You're half me and you're half daddy.”

Single parents took to Twitter to share their reactions to the song, “Single moms across the world are crying this morning listening to Adele - My little love,” one fan tweeted.

Another wrote one social media user, while another wrote, “Adele did not have to attack my feelings about myself as a single mom like that with My Little Love.”