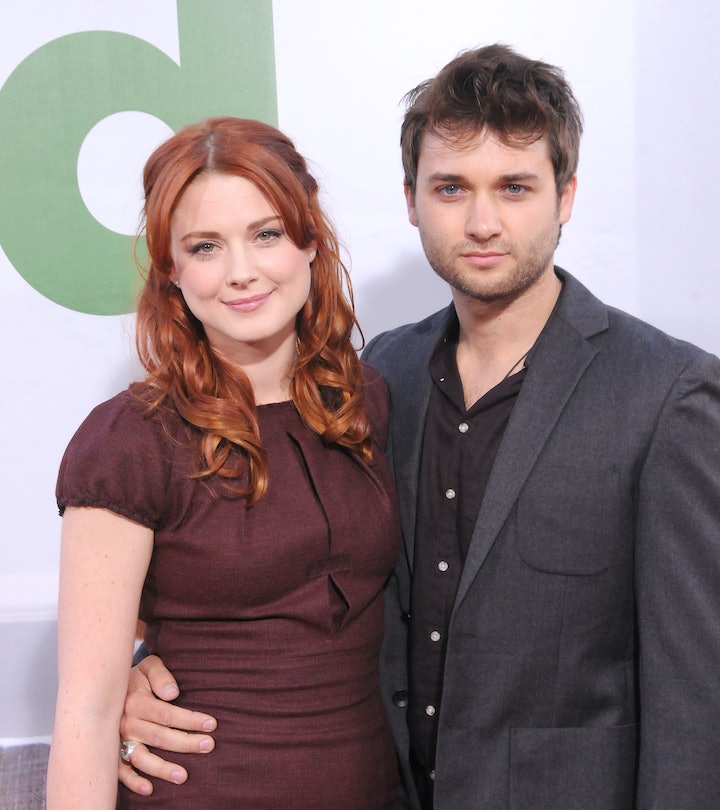 Alexandra Breckenridge Has A Sweet & Adventurous Little Family With Her Husband

The couple also teach their son Jack, 5, and daughter Billie, 4, about equality.

To prepare for her character Mel (spoiler alert!) being pregnant going into Season 4 of Virgin River, Alexandra Breckinridge simply had to tap into her past. After all, pregnancy is an experience the star knows all too well as she’s given birth to two kids in real life. The This Is Us actress is mom to a son, Jack Breckenridge Hooper, 5, and a daughter, Billie Breckenridge Hooper, 4, whom she shares with husband Casey Hooper. Learn more about this fun-loving family below.

Alexandra and Casey have been married since 2015.

The two have been linked since at least 2012, when they appeared on the red carpet together. Breckenridge and Hooper got engaged in September 2014, finally tying the knot on Sept. 13, 2015. On their wedding night, the former Walking Dead star posted a black-and-white photo of the newlyweds writing, “Best night of our lives. Me and hubby. @caseynhooper.”

They often post adorable pictures together on social media, including one on Father’s Day 2017, when Breckenridge called Hooper, “my favorite human.”

Hooper is a professional guitarist for Katy Perry, according to his Instagram bio. He also plays guitar for Steve Perry and SurfMaster, and he often posts pictures and videos of his performances.

Breckenridge announced her pregnancy with a bump selfie on April 19, 2016, writing, “Someone doesn't want to hide in his moms tummy anymore... 💖 thank you for all the kind words 💖 Casey and I are very excited!! Xoxo.”

On Aug. 16, 2016, Breckenridge posted another bump selfie to announce her second pregnancy. She wrote, “We made another one!! 🌞 Baby Breckenridge Hooper coming this winter 🌹❤️💋.”

Their daughter Billie was born on Dec. 6, 2017. “We are so excited to have a boy and a girl!” Breckinridge told PEOPLE at the time.

“Billie is such a sweet baby girl and Jack is such a social boy, with them only being 15 months apart they will always have a friend to play with,” she added

In an Instagram post on New Year’s Eve 2017, Breckenridge shared a picture with her two babies. “🌈 Goodbye 2017⚡️ An extreme roller coaster of ups and downs... This year has really rounded off my life story into a pretty interesting mini series,” she captioned the photo. “However I am blessed with these two super humans ❤️ I love them more than words can express. They can bring sunshine through the worst storm. ☀️”

She added, “My husband is a strength that only comes from Krypton. 💋 Life will always hurl roses at you and then in the same moment rotten fruit but it doesn’t matter as long as you surround yourself with the ones you love 💗 No matter what always look towards what tomorrow might bring 🌹.”

They have at least two dogs.

Breckenridge and Hooper have two cute Yorkies, which the actress often posts pictures of on her social media. They like cuddling on the couch, sticking out their tongues, and popping out of bed “like toast.”

Alexandra won a SAG Award when Billie was an infant.

Balancing motherhood and a successful career isn’t easy, but Breckinridge is crushing it! When her daughter Billie was just 6 weeks old, she won a Screen Actors Guild (SAG) Award for outstanding performance by an ensemble in a drama series with her co-stars in This Is Us. She shared a picture holding her daughter and the award while still red-carpet ready in Jan. 2018.

“Home to my tiny princess 👑 #sagawards #thisisus,” she captioned it.

Jack is a future rockstar.

Breckenridge posted an adorable video of a one-and-a-half-year-old Jack rocking out with a little karaoke mike, and it was so cute! She captioned it, “I know I’m his mother and all... but this dude is a rock star.”

She also shared a photo of Jack in the bathtub with a toy guitar, writing, “Can’t be without his #guitar.”

They are an adventurous family.

Jack and Billie enjoy going on hikes with their parents, who often post selfies of their family walks. Breckenridge and Hooper aren’t afraid to let their kids get dirty, and they often go on adventures together (including bundling up in the snow!). And on Halloween 2019, they all dressed up as characters from Toy Story for trick-or-treating.

Their kids are learning about equality.

Breckenridge and Hooper are having real conversations with their kids about equality. On July 4, 2020, the actress shared a picture of Jack holding an American Flag.

She captioned it, “Happy 4th loves. ❤️ I pray my children come to know a different world than I see today. A world of TRUE equality across the board. 🙏🏻 What I believe America should stand for. The land of the FREE. 🖤 🏳️‍🌈 🇺🇸 #blacklivesmatter #pridemonth.”

At the end of the day, Alexandra loves cuddling with her kids.

She posted a picture in Nov. 2019 snuggling on the couch with her two kids, writing, “After a long day at work❤️.”

Breckenridge and Hooper may be major stars, but they seem so down-to-earth in the way they love each other, their kids, and their dogs. They are adventurous and fun, yet serious about the things that matter. What a sweet family of four!