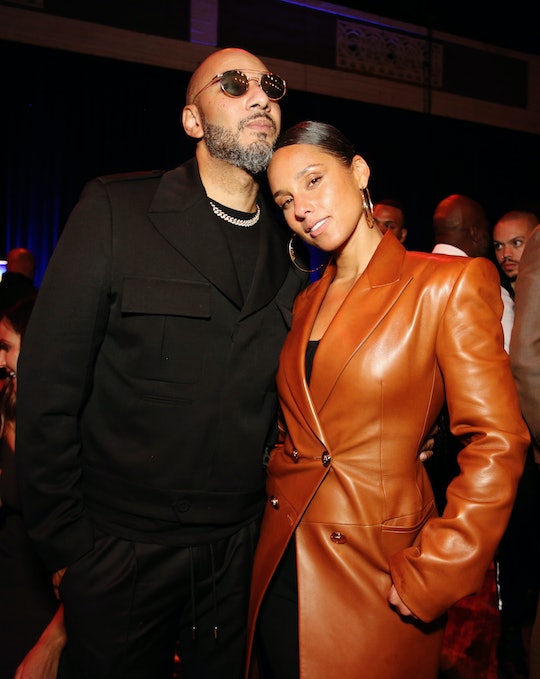 “Our family's one big beautiful family.”

Eight-time Grammy award winner Alicia Keys is up for yet another accolade at the year’s biggest night in music. The talented singer and songwriter is nominated for Song of the Year for “A Beautiful Noise” and will surely have her loving family cheering her on all night long. Over the years, Keys has spoken about her beautiful blended family, so here’s everything you need to know about her husband and children.

Alicia Keys met her husband Swizz Beatz when they were teenagers.

Keys and hip-hop artist Swizz Beatz, whose real name is Kasseem Dean, first met through a mutual high school friend. But at the time — she was 14 and he was 16 — Keys was not interested in the “On To The Next One” rapper. “He’d usually pull up in some fancy car, rolling deep with his Bronx crew and shining with diamonds,” Keys wrote about her future husband in her autobiography More Myself. “I wanted nothing to do with that scene or with Swizz.”

But over the years, their mutual success in the music industry brought them back together and the two formed a friendship that led to a relationship, which led to marriage in 2010. According to Keys, Swizz is supportive and always in her corner. “He’s always encouraging what it is that I'm envisioning,” she told E! in December 2021. “I love that there’s support there. He always says we're both of our own bosses, we're our own individuals, and I think that's really powerful to know.”

For Valentine’s Day, Keys shared a loving post about her husband on Instagram, thanking him for making her “levitate.”

They both travel a lot for work, so communication is a priority.

In her autobiography, Keys shared how the two never go two weeks without seeing one another. “Swizz and I are striving to keep our promise never to go more than two weeks without seeing each other,” she wrote. “Swizz has even flown from New York City to Sydney to be with me, in order to keep that promise intact. We also set aside one weekend a month to go away together, just the two of us.”

Alicia Keys and Swizz Beatz have a blended family together.

Keys and Beatz have welcomed two children together: their son Egypt Daoud, 11, in 2010 and son Genesis Ali Dean, 7, in 2014. Keys is also a stepmother to Swizz’s three other children from his previous marriage: sons Prince Nasir, 21, Kasseem Jr., 15, and daughter Nicole, 13.

They refer to their co-parenting relationship as a “beautiful partnership.”

“It is a beautiful partnership,” Keys said of their blended family in an interview with Good Morning America. “Our family's one big beautiful family.”

Over the years, the origins of the couple’s relationship have been controversial since it’s believed that Beatz was still married to his first wife, Mashonda Tifrere, when the two started dating. The divorce was considered painful, especially for their son Kasseem Jr., and a healthy co-parenting relationship took years for the trio to build. A noticeable shift happened at Kasseem’s 6th birthday party.

“That was a pivotal moment because we had already been doing a lot of the work as far as communicating and really consciously trying to get to a new level of respect,” Tifrere shared with Good Morning America in a 2018 joint interview with Keys and Beatz. “And I felt, like, you know, ‘I want Alicia to be here.’ And not only did she come, but she stayed until the end of the party, and that moment was our first time really hanging out together as a family.”

Keys refers to Tifrere as her “life partner.” In 2018, the blended family took a trip to Egypt with their kids. “The child wins, and you as a father win, and the mom, and the bonus mom win as well, so then everybody wins,” Beatz said about proper co-parenting.

Her son Egypt is a “natural” artist.

Egypt was born the same year Keys and Beatz married in 2010. The 11-year-old is growing into his preteen/teenage years and it’s a time Keys is dreading but also cherishing. She shared on her YouTube Originals docuseries Noted: Alicia Keys The Untold Story about the first time Egypt joined her on stage at the 2019 iHeartRadio Music Awards when she performed her song, “Raise A Man.”

“I was so nervous for him that I remember at midnight the night before the show, I realized I hadn't even practiced,” she recalled. “I remember all of this and I'm sitting there watching it with him and just…how I feel about him and seeing his growth and watching him go on stage and just completely own — it just hit me like a ton of bricks.”

No official confirmation on whether he wants to pursue a career in music like his parents. But Keys calls him a natural, if he does. “He’s been a natural since he was a baby, and he loves it, and I'm glad that he loves it,” she told PEOPLE TV. “He's a lot like me. He's the life of the party, he's the one that kind of brings everyone together. He looks out for everyone, he's that guy. And I love that about him.”

Her son Genesis is a little performer, too.

Born in 2014, Keys and Beatz’s 7-year-old son Genesis appears to be a bit of a bookworm. In March, Keys posted an Instagram video of her youngest son reading her Girl On Fire book in bed. And there may be a performance itching. Last November, Genesis joined his mom on stage at the Apollo Theater in Harlem for SiriusXM and Pandora's Small Stage Series.

Egypt and Genesis were in one of their mom’s music videos.

In Keys’ music video for her song “Best of Me,” her sons Egypt and Genesis both make appearances. “I added the boys in later,” she said in a 2021 interview with Good Morning Britain, as reported by The Daily Mail. “It felt so genuine to talk about this natural family love that I think we all appreciate more than ever.”

More Like This
Anthony Anderson Thanked His Son For Inspiring Him To Finish His College Degree
Dwyane Wade Shares Beautiful Advice For Parents Raising Transgender Children
Sarah Levy Revealed She's Pregnant & Got A Very Schitt's Creek Response From Brother Dan
Michelle Williams Is Going To Be A Mom Of 3!