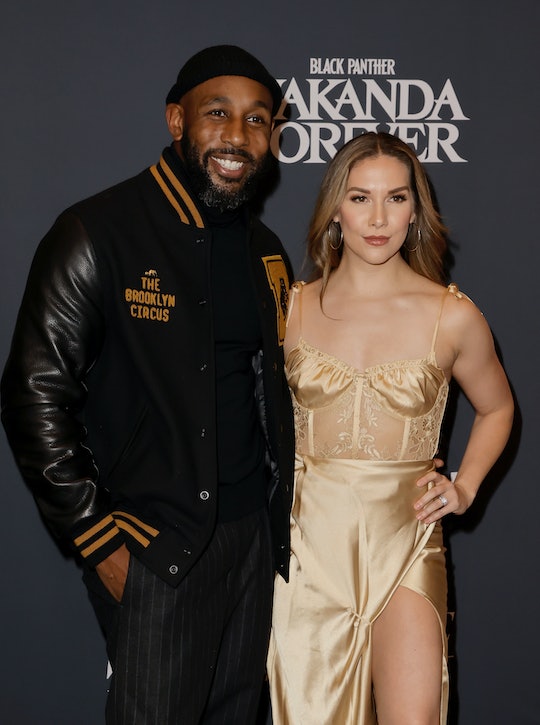 Dancer Allison Holker has suffered a devastating loss with the untimely death of her husband Stephen “tWitch” Boss who passed away at the age of 40. Since releasing a heartbreaking statement, the mother of three has been grieving silently, but she recently shared a new post on social media to express how much she misses her late husband who was adored by so many.

Boss was an unbelievably talented dancer, known for his stint as a DJ on The Ellen DeGeneres Show. He was married to Holker, who was also a contestant on So You Think You Can Dance, for nine years and the couple recently celebrated their anniversary. Boss was the backbone of his family, as a stepfather to Weslie, 14. He and Holker also shared 3-year-old daughter Zaia and 6-year-old son Maddox.

In a recent Instagram post, Holker shared a lovely picture with her husband and expressed how much she and her kids miss Boss. In the photo, the couple posed close together with Holker leaning her head on her husband’s shoulder. “My ONE and ONLY Oh how my heart aches. We miss you so much,” she captioned the post. With over a million likes and 60,000 comments, Holker and her family received an outpouring of love from celebrities and fans who hoped to offer their support during this dark and difficult time.

Ellen DeGeneres, who worked side by side with tWitch for eight years on her talk show took to the comments section to extend her condolences. “There is so much love coming to you. I hope you can feel it,” she wrote. Members of the celebrity dance community like Dancing With the Stars alums and siblings, Derek and Julianne Hough also shared their support for Holker and her children. “We love you Ally. We all have you 🙏🏼,” wrote friend and fellow choreographer Derek Hough. “Wrapping you and your family in so much love ❤️,” wrote his Julianne Hough. Maddie Ziegler who rose to fame on Dance Moms also reached out online. “We love you ❤️,” she wrote

Boss’ death has been particularly hard for many to process because he projected such joy and optimism as a public figure, and as a dancer in particular. The videos he posted on social media, dancing with his wife, brought so much joy to so many. They also showed how clearly in sync the couple were as both dance partners as life partners.

As Holker continues to take the first steps to open up about her grief and mourn her beloved husband, she is hopefully comforted by knowing that she has so many people in her corner. The road ahead will surely be difficult, but she will not have to walk it alone.