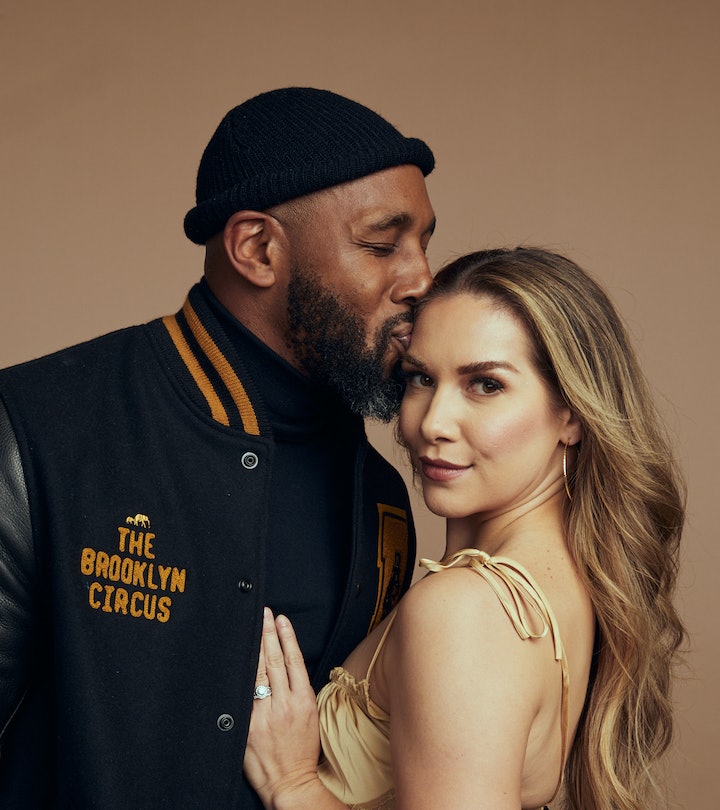 The DJ and dancer was a proud husband and father of three.

DJ and dancer Stephen ‘tWitch’ Boss died at the age of 40, his wife Allison Holker Boss confirmed on Wednesday. The popular performer who rose to fame as a contestant on So You Think You Can Dance? was the “backbone” of his family, Holker Boss wrote in a statement about his passing. A man who will be missed by his wife, his three children, and the world around him.

“It is with the heaviest of hearts that I have to share my husband Stephen has left us,” Holker Boss wrote in a statement shared with People. “Stephen lit up every room he stepped into. He valued family, friends and community above all else and leading with love and light was everything to him. He was the backbone of our family, the best husband and father, and an inspiration to his fans.”

The mom of three continued, “To say he left a legacy would be an understatement, and his positive impact will continue to be felt. I am certain there won't be a day that goes by that we won't honor his memory. We ask for privacy during this difficult time for myself and especially for our three children.”

Boss married Holker, a fellow So You Think You Can Dance? finalist from Season 2, in 2013 at a private villa in California. The pair had dated for three years before Boss proposed as the two were filming a commercial, a total surprise to Holker. Boss flew her parents in to watch the proposal, and of course she said yes.

When Holker and Boss married in 2013, he became stepdad to her daughter Weslie, 14, from a previous relationship, a role he took very seriously. “It was a huge moment for me, but I was ready going into it,” the TV personality told L.A. Parent in June 2017. “I had a stepfather myself, so I could relate to the situation. I see myself as an extra source of unconditional love. I wanted to take the time to build and nurture my own personal relationship with her.”

Holker Boss gave birth to the couple’s first child together, son Maddox Laurel, in 2016. “[Maddox’s birth] was truly an unforgettable moment and we are grateful to everyone that shared in the experience and made it so monumental. Our family feels full!” the couple told People in a statement at the time, adding that then 7-year-old sister Weslie was so excited to be a big sister. “Maddox already has the best big sister Weslie, they have already bonded and share a truly beautiful love.”

The couple welcomed daughter Zaia in November 2019, making their family complete. In 2021, Boss opened up to E! about the joys of being a dad even when life is tiring, “We all just naturally have a good time. Is it tiring? Absolutely. Are you constantly tired? Of course.” But, he added, “God willing, our kids grow up happy and healthy and all that and we've got them for, what, 18 years? And in the grand scheme of that, that's not that long.”

In a heartbreaking final message to her husband, Holker Boss closed her statement by writing, “Stephen, we love you, we miss you, and I will always save the last dance for you.”