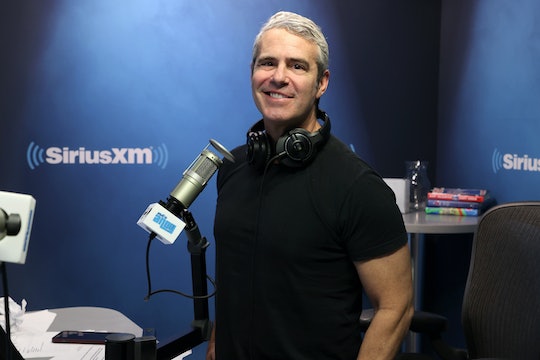 “I am indeed a real person.”

Andy Cohen’s response to an internet troll turned out to be a good example of why you shouldn’t pay them any mind. The Real Housewives host posted a screenshot of an exchange he had with an anonymous person, who felt the need to tell him to “try to be a better person for your son.”

Although the general rule of thumb from public figures and celebrities may be to not respond to such messages, the 52-year-old father of one decided to not let this trolling message go unnoticed and shared a screenshot of the exchange on Instagram. “What am I doing wrong?” Cohen wrote back. The troll admitted they were shocked by Cohen’s response because they were not expecting him to reply.

“Oh wow didn't expect a response,” the person responded. And if that was not a big enough shocker, they confessed, “I was just being a troll. You're doing fine. Sry.”

“I am indeed a real person,” Cohen replied. “Thanks for understanding.”

“It's so cool that you responded,” the person said. “You probably shouldn't confront trolls though.”

Cohen ended the conversation with a Chicken Noodle Soup lesson in social media. “You probably shouldn't troll people though,” he wrote back, which the troll hearted.

Cohen’s fans were just as shocked by the exchange. “Is this real? Because omg,” one person commented. Another wrote, “I love you. You are an amazing person and father. Never listen to the trolls.”

Lesson learned. Cohen is the father of Benjamin Allen Cohen, who he welcomed via surrogate in October 2019. Cohen often documented his fatherhood journey vividly on Instagram, recently sharing a picture of Benjamin playing at the beach.

“I could honestly say that he saved my life,” Andy said about his son during a March interview with Access Hollywood, adding that Benjamin his “one bright, bright light of the pandemic.”

And if a troll ever tries to come for Benjamin, there’s no doubt Cohen will handle it perfectly.