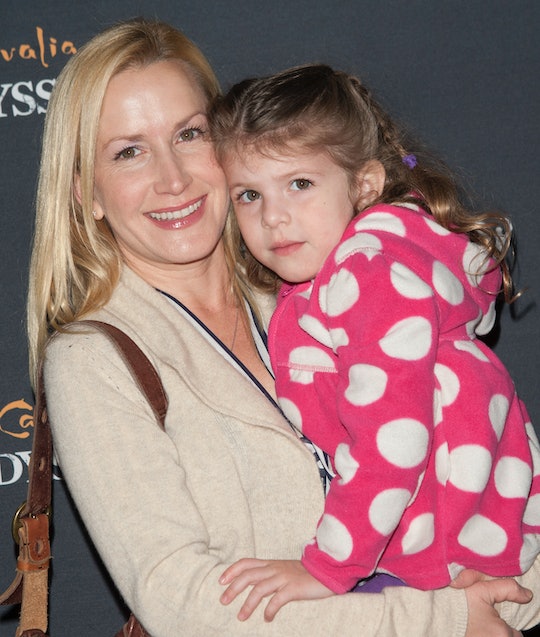 Angela Kinsey's Daughter Dressed As Her Character From The Office & Wow, The Sass!

It’s the irritated frown that does it.

Angela Kinsey’s daughter really had it made in the shade when it came to dressing up as her favorite character for class recently. She does happen to be the child of one of the most enduring, iconic television characters from the past 25 years after all. Who could blame Kinsey’s daughter for dressing as her mom’s character from The Office? Angela Martin’s style is easy to emulate, but that attitude is a tough one to pull off. Fortunately for 13-year-old Isabel, she has sass to spare.

On Friday, the Office Ladies podcast host shared a side-by-side photo comparison as herself dressed as Angela Martin, the senior accounting clerk from the Scranton office of Dunder Mifflin paper company she portrayed from 2005 to 2013, and her daughter in costume. Fans of The Office, which is basically everyone on the planet at this point, will remember Angela as a sassy, vaguely uptight character who loved cats and cardigans and frowning at everyone at all times.

When 13-year-old Isabel, who Kinsey shares with ex-husband Warren Lieberstein, dressed as her character, she really nailed it. The sheath dress, the cardigan, the cat necklace, the hairband, the stuffed cat tucked under her arm. And most important of all, her hand on her hip and an annoyed look on her face. Classic.

Angela Kinsey’s daughter dressed as her for school.

“When it’s ‘dress as your favorite character’ day at school and your daughter wants to go as Angela Martin!” Kinsey captioned the photo followed by the hashtag #thesassisstrongwiththisone.

This is obviously not Isabel’s first exposure to The Office. She watched the show with her mom and stepbrothers, 12-year-old Cade and 10-year-old Jack from Kinsey’s marriage to Days Of Our Lives actor Josh Snyder, last July. Kinsey shared a video of the little family curled up in bed watching Angela Martin’s former fiance, Cornell alum and barbershop quartet singer Andy Bernard, punch a hole in the wall. They loved it.

As Kinsey’s Instagram followers loved Isabel’s homage to the one and only Angela Martin. “The cat is perfection,” wrote one social media user, while another wrote, “That sass!”

That sass indeed. It’s good to know the torch has been passed to a worthy contender.