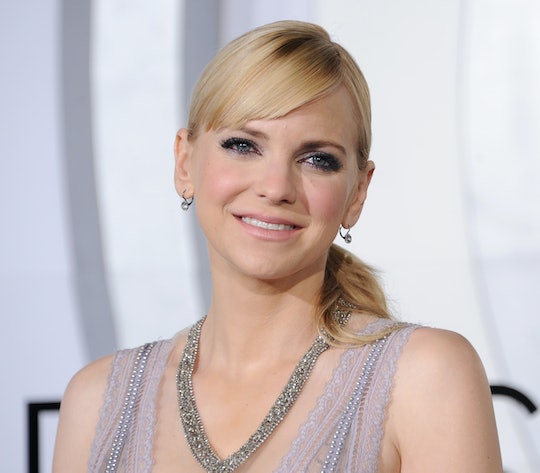 It comes from her own experience.

While it’s safe to assume that 8-year-old Jack Pratt is not yet looking for a partner to marry, his mom Anna Faris already knows one piece of marriage advice she plans give him when he gets older. Speaking from her own experience, the mom of one shared her somewhat “grumpy” advice for her son Jack’s future possible marriage on her Unqualified podcast.

Faris has been married twice, the first time to actor Ben Indra in 2004 when she was 27 years old and the second time to Jack’s dad, actor Chris Pratt, in 2009. Her first marriage lasted four years, her second nearly a decade before she and Pratt separated in 2017. Faris has some thoughts on marriage after her own experience, thoughts she may some day share with Jack.

“I don't know if it's too grumpy and cruel to say in a sense,” the Just Friends actress explained to her guest Glennon Doyle on an episode of her Unqualified podcast, “but if I could tell my 8-year-old son one thing that maybe he would stick to, I would really encourage him to not get married in his 20s.” Doyle agreed, saying, “It should be illegal.”

Anna Faris has marriage advice for her son.

Faris might not want Jack to marry in his 20s as she did, but the experience did teach her a thing or two. Especially when it came to appreciating how supportive her family and friends were when she found herself struggling emotionally. “People around me were so unfailingly supportive, kind, and I imagine that if I was feeling that way with already having a supportive family in place, I can't imagine the pressure that we put on ourselves to please everybody around us.”

These days, Faris is engaged to cinematographer and father of two Michael Barrett, and their shared bond over parenting helped them cope with raising kids during quarantine in 2020. “We bought a camper van and traveled with a portable printer for school," she said, per People. "Jack has been handling this whole thing like a champ. I just feel very happy that my family is safe. And I don't think I've ever been so present.” How priorities change once we become parents.

Faris’ son Jack will of course make his own choices when he grows up. But learning from his mom’s experience is not the worst idea.